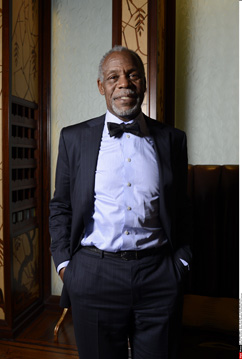 America Has to Deal with Race Problem

Many critics have recently made headlines for saying that Americans are tired of the race issue and that is why “Selma” got snubbed in so many Academy Award categories.

And until America confronts its oldest problem and finds a solution, extremely powerful films like “Supremacy” will continue to resonate with Black and White audiences alike.

“Supremacy,” which is inspired by true events chronicles the freedom of Tully (Joe Anderson) after he is released from Pelican Bay State Penitentiary after serving 15 years for armed robbery.

Many inmates are incarcerated because of gang activity, but even those who are not affiliated with a gang on the outside must align themselves with one based on race in order to survive on the inside.

It is evident at the beginning of the film that Tully has totally ingratiated himself with racial pride symbolized by the swastika and Confederate flag tatted on his art canvas of an upper body and face.

While in prison, he finds something to believe in and an organization that looks at him as more than a loser.  Unfortunately, winning cuts his freedom short, as he is only able to enjoy the outside for 24 hours.

Tully falls under the brainwashing of Aryan Nation leader Sobecki (Anson Mount), who convinces him and his female companion (Julie Benz) to begin a race war or Armageddon on Blacks and Jews.

Before Armageddon commences, however, Tully kills a “nigger cop” and is forced to hide in the home of a Black family.

The Walker family, which consists of Mr. Walker (Danny Glover), Raymond (Derek Luke), Odessa (Lela Rochon) and Anthony (Evan Ross) among others, is faced with the Armageddon in their own home and forced to do anything possible to survive the day.

Anderson is simply amazing and “Supremacy” as a whole is equally amazing too.

The film begins like an atomic explosion with the murder of the Black police officer (Mahershala Ali) after a routine traffic stop.

Upon realizing all that he had done, Anderson’s eyes are piercing and bulge with a look of fear and desperation.

Glover is, after all, Danny Glover.  He has never delivered a subpar performance and does not begin to do so with “Supremacy.”

Mr. Walker is the wise old man who has experienced everything and chooses not to fight physically but intellectually.

The surprise of the film is Rochon, who might have been dismissed as just another Hollywood pretty face in the 1980s and 1990s, but the depths of her talent is evident as her role is dark and anything but full of sunshine.

Nevertheless, writer Eric J. Adams and director Deon Taylor should have extended “Supremacy” a little bit further in order to tell the final outcome of all of the characters involved.

The small omission prevents the film from reaching cinematic perfection.  Nonetheless, it is still perfect because it forces America to continue its discussion on race and not hide behind the cloak of denial despite the intentions of some in the high hills of Hollywood.