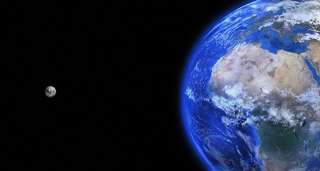 “Mama Africa,” Miriam Makeba’s voice not only resonated on the continent of Africa, but throughout the world.

On the song “Soweto Blues,” South African singer Miriam Makeba sung, “The children got a letter from the master, it said: no more Xhosa, Sotho, no more Zulu.

“Refusing to comply they sent an answer, that’s when the policemen came to the rescue, children were dying bullets flying, the mothers screaming and crying, the fathers were working in the cities, the evening news brought out all the publicity: Just a little atrocity, deep in the city…”

Makeba, better known as “Mama Africa” was the Nina Simone of South Africa, singing about the effects of apartheid on Black people from Soweto, South Africa to Johannesburg and all points in between.

And just like all Black prophets like Muhammad Ali, Tupac Shakur and Colin Kaepernick, the system of White supremacy tried to blackball her because “Mama Africa” was a threat to the status quo because she had too large of a status in the Black community and a message that would have changed her country for the better.

Makeba began her long career to the top of the South African music scene like many of her American counterparts.

Singing in small groups, she began getting the attention of king makers in the music scene.

Small gigs at the YMCA led to international acclaim and respect amongst her peers.

However, it was the 1959 movie “Come Back, Africa,” which became her claim to fame or infamy if one sympathized with the system of South African segregation known as apartheid.

That movie by director Lionel Rogosin, secretly filmed in South Africa, portrayed an unapologetic picture of the atrocities of apartheid, with “Mama Africa” providing the visual soundtrack with her protest songs against South Africa.

For many outside of South Africa, “Come Back, Africa” was their first glimpse into the atrocities inflicted on the Black people of South Africa, and the threat that “Mama Africa” posed to the status quo led to her exile from the country, which lasted for several decades.

Makeba found refuge in New York City and with the help of other entertainers/freedom fighters like Harry Belafonte her message grew even louder putting even more pressure on White supremacy in South Africa.

However, when she married controversial freedom fighter Stokely Carmichael who spoke out fervently against “American apartheid,” Makeba found herself shunned by another country for speaking the truth.

Despite boycotts and exile, no form of White supremacy could stop the message preached by Makeba, and her journey is captured powerfully in the documentary “Mama Africa: Miriam Makeba.”

The documentary “Mama Africa: Miriam Makeba” uses archival footage of the famed singer with recent interviews with her grandchildren, ex-husband Hugh Masekela and former band members to vividly paint the picture of a woman whose purpose was more profound than just singing a tune and making fans dance.

If people did not act on her words against apartheid, then her lyrics became an indictment on those people’s humanity and sensitivity.

“Mama Africa: Miriam Makeba” is very appropriate to the racial climate the world finds itself in 2017 where freedom fighters like Kaepernick are silenced for speaking the truth about systemic racism and police brutality.

It seems more effort is placed on silencing people who are against oppression than in eliminating oppression itself.

South Africa’s transformation after the prison release of Nelson Mandela proved it is much better to eliminate evil than to eliminate the enemies of evil.

As the song “Soweto Blues” stated, “Looking at the door was the man without pity accusing everyone of conspiracy, tightening the curfew charging people with walking.

“Yes, the border is where he was waiting, waiting for the children, frightened and running, a handful got away but all the others hurried their chain without any publicity: Just a little atrocity, deep in the city.”