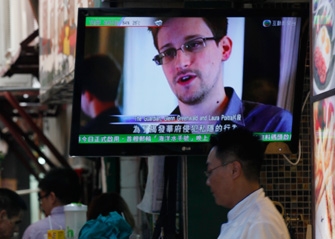 It is almost impossible to not have formed an opinion on NSA whistleblower Edward Snowden by now.

In one’s own estimation he is either the biggest patriot this country has ever seen or its biggest traitor since Benedict Arnold.

What many have not seen, possibly, is the man Edward Snowden such as his body language when he is somewhat in his comfort zone of a Hong King hotel room or the sincerity in his eyes as he describes the loss of privacy after Sept.11 that many Americans knew nothing about prior to his bombshell security leak.

The documentary “Citizenfour” paints a portrait of a 29-year-old male that is vastly different than the way the offending government officials portray him in the media.

Filmmaker Laura Poitras is one of the first media professionals that Snowden reaches out to in order to tell his story.

He chooses journalists like Glenn Greenwald of “The Guardian” because he wants the story disseminated in an objective way, which he cannot do alone because of his strong bias against the NSA’s mass data collection program.

They, among others, meet Snowden in the relative safety of a Hong Kong hotel room, which provides them security that other locales cannot.

From the get-go, Poitras begins documenting this monumental story on film, capturing Snowden’s relative comfort when just talking to the journalists behind closed-doors to his unease going on camera for the first time in front of a worldwide audience.

Although it is clear that he is sincere with his revelations, it is also just as clear that the limelight is not something he is seeking.  He intentionally lets the story come out before bringing attention to him personally.

“Citizenfour” also does a great job depicting the sincerity of journalists who are sometimes raked over the coals for educating their viewers and readers on what should be known.

The sometimes-shaky camera work shows the authenticity of “Citizenfour.”  Obviously, there are no retakes.  Only one take documenting the story of the century and the players involved.

The film rightfully depicts Snowden as the 21st century equivalent of “Deep Throat,” only this time the president and his “lieutenants” are not just snooping on the opposing political party, but snooping on every one’s party, regardless of guilt or innocence.

Unfortunately, anyone who has read books like “The Snowden Files” by Luke Harding or the various other books on the former NSA contractor will know the details depicted in “Citizenfour” from the countless hotel fire drills to the assistance Snowden received from WikiLeaks and Julian Assange.

Nevertheless, opinions of Snowden may slowly alter as a result of “Citizenfour.”

Although his actions may have led to some unfortunate consequences for Snowden and his country, the film shows that a traitor he is not.

He did not sell intelligence secrets to the enemy at the extreme detriment to America.

In fact, he did not sell the information at all.

Snowden found respected and responsible journalists to inform the public that their rights had been comprised even if it meant giving up his American rights for good.