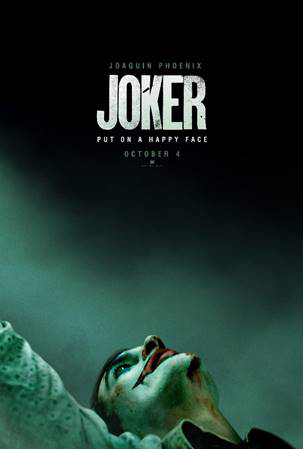 To paraphrase comedian Chris Rock, I ain’t saying he should have killed them but I understand.

Rock infamously said that about former NFL star O.J. Simpson who stood trial in 1994 for killing his ex-wife Nicole Brown Simpson and her friend Ronald Goldman because Brown Simpson allegedly romanced other men on Simpson’s dime.

While Rock’s comment should seem inappropriate after the loss of life, it did speak to the psyche of a troubled soul like Arthur Fleck (Joaquin Phoenix, “We Own The Night”) in the highly anticipated and controversial film, “Joker.”

After so much abuse and ridicule, how can one not expect a person to snap and turn their troubles into trouble for those around them?

To put it bluntly, Arthur has problems in “Joker.”

He suffers from severe mental illness.

Arthur has to take seven different medications to fight off his mental illnesses.

He has to see a counselor at the Gotham City social service office every week.

Arthur is a grown man that lives in squalor with his mother.

And he is the butt of many jokes and not in the way that he wants.

He works as a clown, flipping signs in front of department stores and entertaining children at a kids’ hospital.

But despite trying to make an honest living, he gets no respect from his colleagues or the city’s residents.

Children assault him on the streets.

His co-workers laugh at him even though they do not feel comfortable in his presence.

As a matter of fact, many of his colleagues complain to their boss that they do not feel comfortable working with him.

His mental instabilities cause him to laugh uncontrollably for no apparent rhyme or reason.

Arthur often cannot even explain his condition to strangers who find his laughing a bit odd.

He instead has to give them a card explaining his illness so they will not totally freak out.

And while Arthur has it bad, Gotham City probably has it even worse.

The city’s sanitation workers have gone on strike leaving the streets filled with waste, rats and the possibility of widespread disease.

Things have gotten so out of hand that the garbage strike has led to a civil war of sorts, pitting the haves against the have nots.

While the elites live a life of luxury immune from the problems of the common man and common woman, the poor fight for their lives trying to survive in a city that is filthy and crime ridden.

The disdain mainly gets pointed at business titan Thomas Wayne (Brett Cullen, “Red Dawn”) and his elitist employees who go out of their way to treat those less fortunate as if they really are less than.

Despite the grim realities facing Gotham City and Arthur Fleck, he still has cause for hope in spite of his difficulties on the job and in life.

Arthur wants to become a famous comedian and he begins studying the craft as he awaits his big break in the entertainment industry.

His dream is to appear on the late night talk show “Live with Murray Franklin.”

Arthur and his mother Penny Fleck (Frances Conroy) watch Murray Franklin (Robert De Niro, “Hands of Stone”) religiously and Arthur sometimes fantasizes about getting his big break on the show.

But as Penny tells Arthur, don’t you have to be funny to become a comedian?

Although Arthur laughs uncontrollably at times it does not mean other people find it funny.

But it is doubtful that many find it amusing.

However, when Arthur becomes determined to tell his jokes in “Joker,” his career might go further than even his biggest detractors could have imagined.

His performance is both sick and sincere at the same time.

However, one can sympathize with him because of the way society treats him.

Much like bullied teenagers, taunting can cause a good kid to go bad at the drop of a hat.

But Phoenix’s actual verbal acting performance is not the only part of his performance that stands out in “Joker.”

Phoenix’s physical appearance and the juxtaposition of his body and its movement deserve praise as well.

A medium-sized man becomes almost skeletal in his performance in “Joker.”

The way he extends his mouth to perfect the Joker’s trademark smile is great as well.

Despite the sheer greatness of “Joker,” the movie obviously has it detractors.

While other movies contain much more violence than “Joker,” the film has created fear amongst movie chains and law enforcement officials because of potential violent threats.

Several years ago, a mass shooting happened in Aurora, Colo. during a screening of a “Batman” movie and naysayers belief “Joker” might trigger more violence.

While “Joker” contains some gruesome violence, it does not contain an exorbitant amount of violence despite what some say.

Nevertheless, some scenes in “Joker” might be too graphic for some audiences.

But for those who have the stomach for a little violence, “Joker” will not disappoint.

And while every actor in “Joker” does the darn thang, “Joker” belongs to the greatness of Phoenix.

It is a shame that fear might lead some to not see Phoenix’s performance in “Joker.”

But film fans, even fans that are not in love with DC Comics movies, should see “Joker.”

Because if you do not see “Joker” out of fear, the joke might be on you.