Film Review: ‘The Highwaymen’ Shows Good, Bad of Women Standing By Their Men 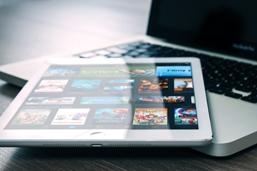 “The Highwaymen” debuts on Netflix on March 29.

However, the Netflix film “The Highwaymen” shows that a woman standing by her man can produce drastically different results depending on the occupation of the man.

In “The Highwaymen,” Costner and Woody Harrelson deliver superb performances while the movie depicts how American society became fascinated with bad guys and criminals.

While many movies have dealt with the bank robbing and murdering couple Bonnie and Clyde from the criminals’ perspectives, “The Highwaymen” tells the tale from the perspective of the law enforcement officials that brought down the celebrity bandits during the Great Depression.

Nonetheless, “The Highwaymen” begins with the treachery of Bonnie and Clyde.

And “The Highwaymen” begins with a bang.

In 1934, Bonnie and Clyde boldly break some friends out of a prison in Huntsville, Texas, injuring and murdering the correctional officers in charge of patrolling the chain gang.

As a result of Clyde’s run-ins with the law, he knows the prison routine well in Huntsville, Texas, planting weapons on the chain gang work route, which enables a bold escape that garners the attention of the national press and former Texas Governor Ma Ferguson (Kathy Bates).

In “The Highwaymen,” the FBI has been unsuccessful in apprehending Bonnie and Clyde.

To makes matters worse, the American public has become enamored with the criminal exploits of Bonnie and Clyde, making the couple national celebrities during a time when many Americans did not have much to celebrate.

During the early 1930s, Americans idolized Bonnie and Clyde because they stole from the banks, which lost everyone’s money during the Great Depression.

Therefore, apprehending them becomes almost impossible as the criminal couple makes fools of the authorities, killing police officers, civilians and staying one step away from getting arrested.

While Bonnie stands by her man through thick and thin, Gladys does not always support Frank’s line of work.

Gladys knew when she married Frank that his calling was in law enforcement.

Frank became famous in the Lone Star State working for the Texas Rangers.

However, the Rangers do not exist when Bonnie and Clyde begin terrorizing the state of Texas and other states from the South to the Midwest.

Frank has retired from the rigors of real law enforcement work and he has now found a lucrative job working security for big companies.

His home with Gladys is more pristine and proper than powerful, looking nothing like the home of a man who infamously took many bullets while also taking many lives while working for the Texas Rangers.

However, Gladys knows that Frank will not be fulfilled as the murderous duo continuing killing law enforcement officials and regular civilians.

So when Frank receives a job offer of $150 per month to hunt down Bonnie and Clyde, Gladys reluctantly allows her husband to fulfill his purpose.

She even packs an ice chest full of sandwiches to hold him over while he is on the unforgiving and desolate roads of Texas.

His new title officially is a highwayman.

And the assignment is the obvious.

And while his reputation as an officer precedes him, the technology of the day from wiretapping to air surveillance might make his tactics obsolete.

Furthermore, trying to take down Bonnie and Clyde alone might become too daunting a task.

Therefore, Frank might need some assistance from his former colleagues with the Texas Rangers.

The problem is that many of the old Texas Rangers have met their Maker.

And his former partner Maney Gault (Harrelson) has been out of commission for so long he might not make the grade anymore.

Maney cannot make a shot with his gun any longer.

Maney has taken to the bottle.

The former Texas Ranger has taken up with his daughter and grandson because he has nowhere else to live.

And the bank has decided to take his daughter’s house just like they did to so many other Americans during the Great Depression.

But Frank reluctantly lets Maney tag along as long as he does not sing or try to drive his wife’s brand new Ford automobile.

Many followers of American gangster stories already know the story of how Bonnie and Clyde’s rampage ended.

That part of “The Highwaymen” will not come as a surprise.

But what “The Highwaymen” shows so brilliantly is how Bonnie and Clyde’s decisions affected many of the people around them.

“The Highwaymen” shows the impact of Clyde’s decisions on his father.

The “Highwaymen” shows how coming in contact with Bonnie and Clyde negatively impacted people’s lives who might not have known much about the duo.

The film marvelously shows how brutal life was for those trying to survive the Great Depression, a time when many people did not have food to eat, water to drink or shelter above their heads.

And it shows how the hero worship of Bonnie and Clyde also had damaging consequences.

But most importantly, “The Highwaymen” shows what a toll Bonnie and Clyde’s crime spree had on the people charged with bringing the bandits down.

While many people cheered the deaths of Bonnie and Clyde and many people mourned their deaths, even the law enforcement officials responsible for bringing down the couple saw no joy in their demise.

Although the Great Depression brought out some of the worse in the American pubic, the bad still lingers today.

Journalists with the Associated Press seemed to celebrate the deaths of Bonnie and Clyde.

And on the other hand, tens of thousands of mourners came out to celebrate the lives of known cop killers and bank robbers.

Standing by her man got Bonnie killed.

But Gladys standing by her man helped quell the tensions of a nation and helped Frank become immortalized in “The Highwaymen.”