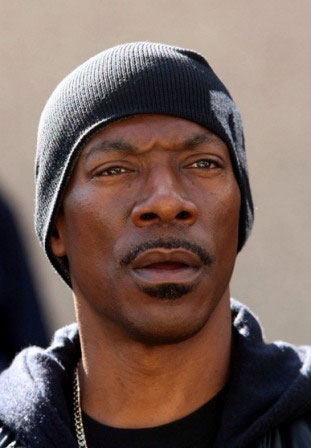 The Eddie Murphy of old is back in Tower Heist.

A stellar cast, comedy, action, drama and add a little of Ocean’s Eleven’s story line. Top it off with an Enron – like scandal. The end result is the movie Tower Heist.

Tower Heist focuses on a group of people from different walks of life who work together in a high-rise building owned by Arthur Shaw (Alan Alda). When Shaw is charged with embezzling money that some of the staff invested in, the heist begins.

Josh Kovacs (Ben Stiller) is the mastermind behind the whole scheme. As Shaw’s right-hand man and manager of the high-rise, he realizes that he has to do something to get the pensions back for all of those, including himself, who lost their life savings.

At this point, Tower Heist begins mimicking Ocean’s Eleven by recruiting those who are willing to join in to pull off the robbery. Josh is able to convince some of his staff members why doing this would be beneficial to them. Josh recruits Enrique (played by Michael Pena of Observe and Report), Charlie (played by Casey Affleck of Ocean’s Eleven), Mr. Fitzhugh who lived in the high-rise (played by Matthew Broderick of Ferris Bueller’s Day Off) and the surprisingly yet hilarious maid, Odessa (played by Gabourey Sidibe of Precious).

Although Josh feels that he has come up with the master plan to pull off this scheme, they all come to the realization that none of them have the foggiest idea how to go about robbing or stealing anything. They will need a professional thief.

The last recruit in Tower Heist is a smooth-talking street character who steals and manipulates for a living; Slide. Slide (Eddie Murphy of Coming to America) is the missing link to the team of “odd-balls” to make it complete. Or so they think. Slide is not the “big time” thief they all banked on to help them pull off a $20 million robbery, but more of a “nickel and dime” thief whose bark is apparently bigger than his bite.

The laughs begin when this group comes together to try and execute out the plan to rob Shaw for money they believe to be hidden in his high-rise penthouse. Murphy’s performance will remind everyone why they appreciated his comedy all along. Broderick’s performance will answer the question, “What would Ferris Bueller be like as an adult?”  Sidibe’s performance will prove to all that she is not “typecast” and can act in all genres of entertainment, including comedy.

Tower Heist has such a dynamic cast of veteran actors that unite their “funny” and talent to create a film that is relatable enough for viewers of all tastes to appreciate. To see some of the “greats” in the comedic realm together is enough alone to make this one a film that you put on your list to see.

The film is directed by Brett Ratner and is rated PG-13 for language and sexual content.  The writing credits go to Ted Griffin, Jeff Nathanson, Adam Cooper and Bill Collage.  Tower Heist is in theaters nationwide today.

Smith is a contributing writer for Regal Black Men’s Magazine, a publication dedicated to the African American community.