American Reunion Should Reunite Fans of Franchise at Theater 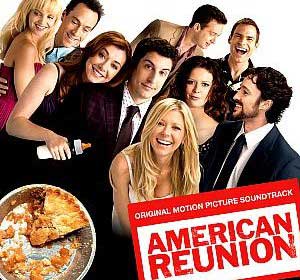 The Reunion of All Reunions

High School Reunions. Several things go through one’s mind when the topic comes up. Did one achieve all that they set out to achieve? Who changed the most? Who’s married? Who has kids? Who made it big and who didn’t make it big enough?

These probing questions seal the deal for some on whether or not they will attend.  Luckily, for the group of friends who made up the comedic cast of American Pie movies, they all have accepted the invite and will be a part of the American Reunion celebration.

Though some movies seem to disappoint and leave out some of the main characters in sequels and reunions, American Reunion delivers by bringing the entire cast back. Now that 13 years have passed since the gang has been together, their lives have changed in ways that none of them would have predicted.

Jim (Jason Biggs) and Michelle (Alyson Hannigan) have a two-year-old and are experiencing marital problems. Oz (Chris Klein) has become a sportscaster who still feels that something is missing. Kevin (Thomas Ian Nicholas) is married and is a “Desperate Housewife,” but desperately needs some time with the boys. Finch’s (Eddie Kaye Thomas) life is probably the biggest surprise to all of the gang.

But one person who has not changed at all is Stifler (Seann William Scott). Stifler is the person who has not been able to let go of high school and his job as a temp proves this theory. The only thing that has not changed is that Jim’s dad is still Jim’s dad (Eugene Levy) and Stifler’s mom is still Stifler’s mom (Jennifer Coolidge).  Or are they?

American Reunion has several unpredictable surprises that will shock some viewers. From the unexpected soundtrack (the movie opens to R. Kelly’s “Bump and Grind”), the unlikely hook-ups, to the unrealistic 13-year reunion instead of the traditional 10-year reunion.

But with the unpredictable also comes the familiar. As much as things change in this life, some things still remain the same.  Jim is still the guy always getting caught with his “hands in the cookie jar,” the “band geek” is still within Michelle, Kevin still over-analyzes everything, Oz is still the laid-back romantic, Finch is still “deep” and Stifler still needs to grow up.

American Reunion stands true to how high school friendships evolve as time goes by. Some relationships grow stronger, some go their separate ways and some take us in directions that we did not intend to go in.

And finally some, like Stifler, get the payback they feel they deserve in more ways than one.

Smith is a contributing writer for Regal Magazine, a publication dedicated to the African American community.