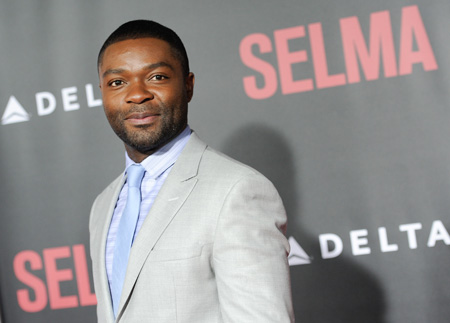 With all of the racial profiling and killing of unarmed, young African-American men, there are still many unanswered questions that need to be addressed.

In Ferguson, Mo. and other cities throughout the country, justice is something that still seems unobtainable.

Marches have been assembled by various organizations, which makes one wonder if this is the year 2015 or 1965.

Within the last few years, some African-Americans are finding it hard to “keep hope alive” and believe in our justice system. As the old adage states, “timing is everything” and the release of the movie “Selma” couldn’t have come at a better time.

Under the direction of Ava Duvernay and production of Oprah Winfrey’s company Harpo Studios, “Selma” is the true story that takes us back to the three-month period in 1965 when Martin Luther King, Jr. fought for the rights of African-Americans to vote by marching from Selma, Ala. to Montgomery, Ala.

“Selma” allows moviegoers to see a side of King (David Oyelowo) that may surprise many.

“Selma” shows the vulnerable side of King and how he questioned a lot of the decisions he made.

“Selma” shows the man that was a human being and wasn’t always perfect.

“Selma” shows the relationship between King and his wife, Coretta (Carmen Ejogo).

Oyelowo and Ejogo’s portrayal of the couple can be described in one word, magnificent.

“Selma” teaches moviegoers a few valuable lessons. This is a movie that the whole family can see.

“Selma” touches upon events that were left out of school textbooks. It allows one to see how far our country has come, but yet how we still have a long way to go.

The struggles that African-Americans endured during this time should never go unrecognized.

“Selma” shows moviegoers a profound time during the Civil Rights Movement.  People lost their lives fighting for rights that some choose not to use today, the right to vote.

The release of “Selma” shows that timing is everything.

In 1965, progress was made that changed history forever for African-Americans because King said, “Enough is enough.”  Fast forward 50 years later and King’s quote is still relevant today. It is time for change again.