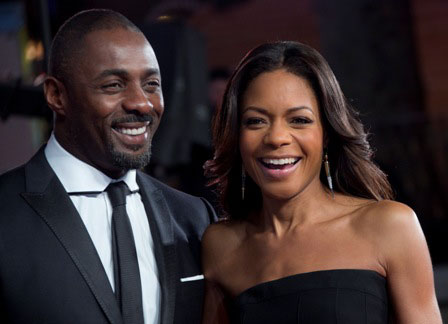 Nelson Mandela’s mystique extended far past the borders of his homeland South Africa.

His strength, leadership and courage against the brutal system of apartheid mirrored that of other Black leaders around the world.

Unfortunately for some, it takes a death to realize the importance of our heroes, but the film “Mandela: Long Walk to Freedom” gives Madiba his just due for the years of sacrifice for people of color in South Africa.

Based on his autobiography, “Mandela: Long Walk to Freedom” chronicles the life of the revolutionary leader turned president from his childhood growing up in rural South Africa to his ascendancy to the highest office in the land.

What is so ironic about this biopic is how the struggle for equality and integration in South Africa mirrored the same struggle in America.

Mandela and other leaders implemented bus boycotts to pressure business owners into dropping segregation laws much like the Montgomery Bus Boycott led by Dr. Martin Luther King, Jr. in 1955.

Innocent Black civilians were killed by police officers with no discipline handed down to law enforcement much like the brutal killing of Denzil Dowell at the height of the Black Panther revolution in 1967 California.

The storyline behind “Mandela: Long Walk to Freedom” is similar to other stories of freedom set to motion picture.

Director Justin Chadwick takes moviegoers from Mandela entering manhood in the villages of South Africa to inspiring a world of men and women with his message of forgiveness and reconciliation.

When asked recently by a high school student in Houston who Mandela was, my reply was that he was a mixture of King and President Barack Obama.  He was larger than life in more ways than one, but just as human and flawed as those unsung heroes lost to anonymity.

Like the biopic “Ray,” Chadwick does not attempt to sugarcoat Mandela’s shortcomings.  His womanizing led to his first divorce, and when nonviolent and passive resistance did not alleviate the evil known as apartheid, he resorted to Molotov cocktail bombs and other means of violence.

One firebombing even left one of his foot soldiers dead when the detonator went off prematurely.

“Mandela: Long Walk to Freedom” even deals with the strain 27 years of incarceration put on his marriage to Winnie (Naomie Harris), and the disconnect that develops between older leaders like Mandela and younger revolutionaries who want the struggle to move in a different direction.

Veteran actor Idris Elba shines as the legendary South African leader.  While he does not look like Madiba, his voice inflictions are spot-on and makeup artists do an excellent job of realistically aging him while incarcerated on Robben Island.

Images of real protests in America and South Africa featuring Bishop Desmond Tutu are interjected with the sounds of “Fight the Power” by Public Enemy and “The Revolution Will Not Be Televised” by Gil-Scott Heron.

However, “Mandela: Long Walk to Freedom” suffers from some soft (out of focus) shots in some of the early dark scenes, and it would have been great to see images of how President Mandela worked with his former White oppressors after taking office.

Furthermore, the film could have also expanded to discuss how he grew as a man after his first two marriages failed because of infidelity and incarceration.

Nevertheless, “Mandela: Long Walk to Freedom” should hear its name called multiple times when Oscar nominations are announced next month.

Elba was great, but look out for Harris in her role as Winnie Mandela.  The Academy Awards should definitely take note of her fiery and militant portrayal of the anti-apartheid activist.

Madiba operated in a man’s world, but like James Brown sang that means nothing without a strong woman.  Harris’ performance was possibly the strongest in the film.

Now in death, Mandela’s legacy will live on in film and in the hearts of those he changed in his 95 years on Earth.