Intense an Understatement for ‘Lone Survivor’ 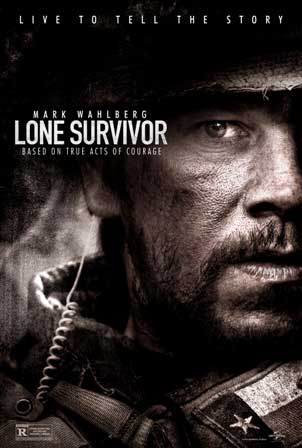 True stories can hit or miss on the big screen.  Often, moviegoers know the outcome of the film before watching it, so it is up to the filmmakers to provide detail and depth that are unknown to the general public.

With “Lone Survivor,” moviegoers can anticipate what is going to happen to the soldiers depicted in the film.  But what moviegoers will not be able to discern solely from the title of the film is the love that soldiers have for each other and the love that they can find from others, even on enemy soil.

The film “Lone Survivor” is based on a failed military operation in Afghanistan (“Operation Red Wing”) on June 28, 2005.

When the foursome is discovered in the woods by an elderly man and a child who is sympathetic to the Taliban, they are forced to make a decision.  They can either let the child and elderly man go free, which would put them at risk of Taliban fighters.  Or they could kill them, which is not permitted in those circumstances.

After deciding to let their prisoners go, a fight ensues with the Taliban and the four stranded United States soldiers.

They attempt to contact superiors but communication constantly breaks down because of faulty radios.

“Lone Survivor” is an action film, but it is more of an appreciation film.  Many believe they understand what soldiers give up for our freedom, but can civilians possibly ever know the totality of their sacrifice?

Being pushed to the brink during training; being apart from loved-ones especially when life decisions are being made; and most importantly sacrificing life and limbs so that civilians do not have to.

The filmmakers behind “Lone Survivor” do a great job of humanizing each individual and delving into their personal lives and affairs so that moviegoers are keenly aware of all they gave up to fight the war on terrorism.

Furthermore, the film shows an appreciation for the Afghan civilians who are forced to keep the peace with the Taliban for their own safety.

The film depicts the anger that festers amongst them and the danger they put themselves in for defying the Taliban’s rule.

Director Peter Berg is magnificent in pulling off the graphic and gruesome war scenes between the foursome and the Taliban.  Intense is an understatement when describing the ferociousness of the war scenes.

Furthermore, the shots of Afghanistan’s mountainous terrain are terrific as well.

Nevertheless, the reality of “Lone Survivor” has created some controversy.  Many have criticized Luttrell’s book and the film for divulging too many military secrets at a time when many soldiers are still on enemy soil.

According to the Houston Chronicle, Berg even researched autopsy reports to accurately capture the deaths of the lost soldiers.

Ultimately, what Berg and Luttrell give us is a real true story that will make moviegoers truly appreciate our real heroes.