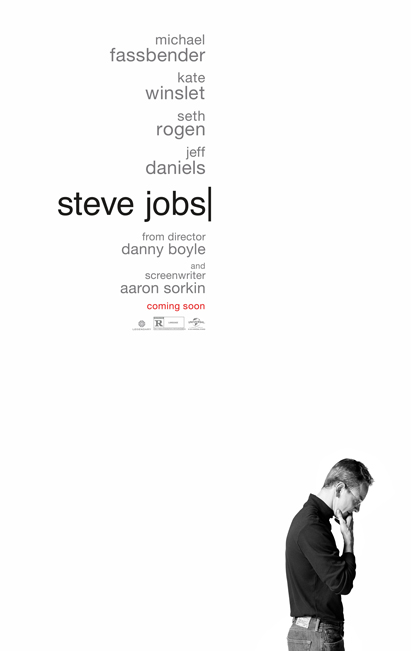 With two biopics on Apple co-founder Steve Jobs in two years, repetition had to be a fear for the producers of the film “Steve Jobs.”

In “Jobs,” Ashton Kutcher delivered the best performance of his career in what can be seen as an introductory college course on Steve Jobs and how he revolutionized the personal computer.

However, thanks to a masterful performance by Michael Fassbender (“12 Years a Slave”), “Steve Jobs” should be viewed as doctoral course on Jobs and the psychology that turns an unwanted, adopted boy into an innovator worth $400 million who refuses to accept his own daughter even though she is struggling to survive on welfare.

While “Jobs” focused on the Apple giant’s formative young-adult years, “Steve Jobs” opens with the much-anticipated launch of the Macintosh in 1984.

Although the Apple II had been Apple’s only source of income for seven years, Steve Jobs sees the Macintosh as the future of personal computers, with a speaking feature and more software for creative individuals like artists.

At the Macintosh launch, he refuses to acknowledge the team behind Apple’s only profitable product like Steve Wozniak (Seth Rogen), instead choosing only to focus on his genius and Apple’s future.

Although he is riding high off of a successful Macintosh Super Bowl commercial, with a “1984” Big Brother theme, the groundbreaking commercial does not lead to profitability for the Mac.

Although Steve Jobs predicts one million sales in the first 90 days for the Mac, the number is more like 35,000.

Unfortunately, his ingenuity does not lead to profits, but it does eventually lead to his termination from Apple.

Anyone familiar with the biography of Steve Jobs and the modus operandi of Apple product launches will know the story behind the genius.

However, what writer Aaron Sorkin and director Danny Boyle cook up is an intense dish of human psychology, delusion and narcissism, which makes Steve Jobs a hero to customers and a “donkey” to those who know him best.

The film is a complex cautionary tale of how man can be so great in one area of life and so disgustingly bad in the areas of life that matter the most.

“Steve Jobs” shows how one’s own abandonment issues from childhood can lead that same abandoned child to abandon his own child to the point of denial.

It shows how the most respected businessman in the world can be one of the most childish adults in the world.

At the launch of the iMac in 1998, Jobs’ 19-year-old daughter Lisa (Perla Haney-Jardine) comments that the computer looks like Judy Jetson’s easy bake oven.

Unfortunately, “Steve Jobs” does not go into the actual product launches, choosing to focus on the controversy behind the scenes at the launches then skipping over the actual launch itself.

In essence, the film is about second chances after success and failure and the sad reality that some people do not learn from past mistakes and some cannot handle success.

A man that complicated definitely deserves the big screen treatment.  But one biopic is not enough to accurately portray the complexities of this genius.