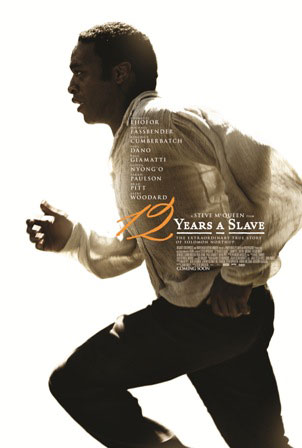 Imagine living life without a care in the world.  You have a successful career, a beautiful home and a loving family.

Now, imagine that life coming to an abrupt end.  Your career has disappeared.  Your family does not know of your whereabouts and your profession has been replaced by captivity and involuntary servitude.

Such is the predicament of Solomon Northup (Chiwetel Ejiofor) in the film, “12 Years a Slave,” based on the true story of an African American who is born free, but tricked, kidnapped and sold into slavery for over a decade.

Many in the African American community have said that movies like “Django Unchained” and “12 Years a Slave” should be lost to history because it is too painful for African Americans to have to visually experience what their ancestors experienced hundreds of years ago.

However, “12 Years a Slave” should be the exception for those who have every right to think from that perspective.

Furthermore, the story of Northup resonates even more today with people of all races because of the epidemic of sex slavery in this country and throughout the world, and the harsh reality that Northup’s fate could very well be the fate of any individual in 2013.

In 1841, Solomon is experiencing the American dream.  While many of his brethren are experiencing the harsh reality of bondage and servitude down South, Solomon’s life is virtually a dream come true.

He is a highly educated Black violinist in Saratoga, N.Y.   His wife Anne (Kelsey Scott) is accomplished in her own right as well.

When she takes the children Margaret (Quvenzhane’ Wallis) and Alonzo (Cameron Zeigler) with her on a trip for a few weeks, Solomon is offered an opportunity to perform with a traveling circus, which is in need of musicians for their performances.

Knowing that his family will be away for quite some time, Solomon takes the offer to join the circus.  His two employers initially treat him like a king.  They pay him more than the agreed upon wages.  The two treat him to exquisite dinners with all of the wine that he can handle.

However, after drinking a little too much one evening, Solomon wakes up shackled in chains instead of sleeping comfortably in the Washington, D.C. hotel room that he lay his head down in.

Along with other formerly free Blacks and slaves, Solomon is placed on a slave ship and given the slave name Platt, a sharp fall for a once proud man.

Some have said that “12 Years a Slave” is much more brutal than “Roots” and it is.  The film is brutally honest, for better or worse.

Mothers like Eliza (Adepero Oduye) have their children snatched from their grasp and sold to other plantation owners.

When Eliza cannot control her weeping, a lady assures her that, “Your children will soon be forgotten.”

Slave children play while adult slaves hang from trees with nooses around their neck as if a lynching was a daily occurrence on every plantation.

One can even see the flesh of a slave’s back ripped apart by the lashes of a whip.

“12 Years a Slave” is what “Django Unchained” should have been; a slave narrative minus the inappropriate attempts at making the film a comedy.

The dialogue is impeccable for the time, mixing the educated vernacular of the free Blacks with the speech of those born slaves.

Nevertheless, giving such an honest portrayal of the horrors of slavery may be too much to bear.

When Solomon meets other captives, he is told to say as little as possible if he wants to survive.  His response was he did not want to survive, he wanted to live.

According to ABCNews.com, “almost 300,000 American children are at risk for trafficking into the sex industry, according to the U.S. Department of State statistics.”

Many of the victims were tricked into thinking they were getting into the modeling industry or other professions.  Many had great families, big dreams and a bright future.

However, like Solomon they were forced to fight to live or just settle for survival.  Like Black slaves, many sex slave victims say they were just property, branded with the name of their owner (i.e. pimp) on their flesh.

And although it is a harsh subject matter, “12 Years a Slave” is a necessary story.  It is not just a Black story or an American story either.  It is a universal story.

Imagine if it happened to you.  Even in 2013, it is a very real possibility.