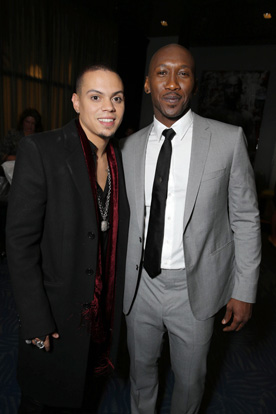 The Revolution Will Be Televised

In “The Hunger Games: Mockingjay-Part 1” the revolution will be televised.

Katniss (Jennifer Lawrence) always represented rebellion and hope for the people living in the various districts of Panem.

Volunteering to compete in the 74th Hunger Games in place of her sister Primrose made her the unofficial representation of the people’s disgust with the system.

Always aware of her power, President Snow (Donald Sutherland) makes past winners of the Hunger Games compete with each other in the Quarter Quell in an attempt to silence Katniss, and strip her of her power.

Being the renegade that she is, Katniss leads another rebellion during “The Hunger Games: Catching Fire,” which further motivates the disenfranchised residents of Panem to stand up for their rights.

Sensing the danger of mutiny, President Snow brutalizes the districts, leaving nothing but rubble and bones in what used to be populous districts.

Plutarch (Philip Seymour Hoffman) and President Coin (Julianne Moore) have managed to save the residents of District 13 and in the process stockpiled numerous weapons to thwart off any future attack from the Capitol.

However, they need a face and personality for their movement and a reluctant Katniss agrees to be the voice and face of District 13 propaganda in hopes to encourage fellow citizens to continue their fight against the Capitol.

Betee (Jeffrey Wright) is able to hijack the broadcast wires throughout the country so that the entire population can hear Katniss’ message of hope, resilience and revolution.

The best acting done by Lawrence in “The Hunger Games: Mockingjay-Part 1” is her attempting to film the television propaganda pieces that are intended to reignite the rebellion in Panem.

For such a splendid actress, it must have taken a lot of practice for Lawrence to pretend to be a subpar actress in the commercials.

What made the first film so remarkable was that many siblings and parents could empathize with a young Katniss attempting to shield her loved-one from danger and death.

Many parents and older siblings would gladly volunteer for dangerous activity if it meant that they could keep their loved-one safe from harm.

“The Hunger Games: Mockingjay-Part 1” cranks up that empathy a couple of notches.

What would you do if you witnessed innocent men, women and children murdered for no reason?

What would you do if a repressive government had captured someone you love?

What would you do if your very existence was in danger?

Many people would overcome their fear and fight to preserve their existence and hopefully inspire a better way of life for their brethren.

Ultimately, “The Hunger Games: Mockingjay-Part 1” will have fans on the edge of their seats, quite literally.

Lawrence is superb as usual.  Evan Ross makes a brief appearance and Josh Hutcherson plays the role of Peeta with an understandable maniacal menace.

Furthermore, unsung actor Mahershala Ali portrays the character of Boggs with a stern and quiet strength that should earn him much-deserved acclaim.

Unfortunately and obviously, the film leaves fans hanging, anticipating the outcome of second installment of “Mockingjay.”  Luckily for fans, the revolution in Panem will continue to be televised and hopefully the odds are in their favor one last time.