Movie Review: ‘300: Rise of an Empire’ Lost in Crowded Field 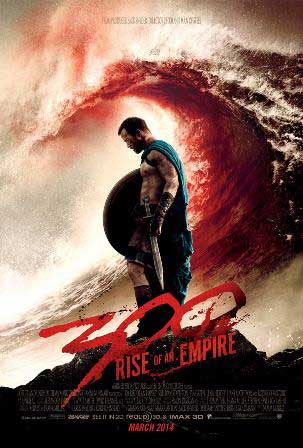 On paper, some battles can seem one-sided.

Based on statistics, some teams or groups are such prohibitive favorites that their opponent should not even show up for the war.

However, like ESPN’s Herm Edwards would say, that’s why you play the game.

In sports, the team with the most talent does not always win the championship, just ask the Miami Heat after losing to the Dallas Mavericks in the 2011 NBA Finals.

Likewise, in war the strongest or largest armies do not always win battles.

The film “300: Rise of an Empire” is the classic David versus Goliath tale, but with more gladiators and deadlier weapons.

As the young democracy of Athens is battling the mighty Persian army, Themistokles (Sullivan Stapleton), a masterful tactician on the battlefield, makes a mistake that will lead to major consequences for the Athenian people.

Instead of killing the young Xerxes (Rodrigo Santoro), he slays his father King Darius (Igor Naor) instead.

While Xerxes has never been much of a warrior, much to the chagrin of his father, King Darius’ relationship with Artemisia (Eva Green) is one of mutual admiration.

The Persians take in Artemisia at a young age and her love for Darius makes revenge against Themistokles inevitable.

Artemisia manipulates Xerxes into transforming from a mortal to a god, with her leading the Persian troops into warfare.

The Persians are much mightier than the Athenians, making defeat at the hands of the vengeful Artemisia seem inevitable.

While some Greeks want to negotiate and compromise with the enemy, others like the young Calisto (Jack O’Connell) want to fight for their land and their people.

Themistokles’ genius lays in his tactical strategy like attacking the Persians from the side, below water and mastering the art of distraction.

Furthermore, he realizes that partnering with the people of Sparta, and their powerful infantry, might be his only means of slaying “Goliath.”

And unlike many men, the Athenian warrior is able to physically succumb to the desires of the flesh, without totally succumbing mentally and emotionally to the beautiful Artemisia.

The movie “300: Rise of an Empire” boasts of terrific war scenes, exquisite lighting even in the night scenes, and excellent use of 3-D technology.

Although 3-D technology is often overused by Hollywood filmmakers, “300: Rise of an Empire” uses it correctly.  The technology makes one feel as if they are in the midst of the war themselves.

Nevertheless, “300: Rise of an Empire” seems like just another entry into the crowded genre of war movies like “Pompeii” and the original “300.”

Its storyline seems so similar to its predecessors that it is too difficult for “300: Rise of an Empire” to stand out in the crowd.

Nevertheless, hit movies are not necessarily achieved by what’s on the paper of the screenplay, but how moviegoers feel on opening weekend.

Despite its formulaic approach, moviegoers will ultimately determine if it wins the battle at the box office or not.