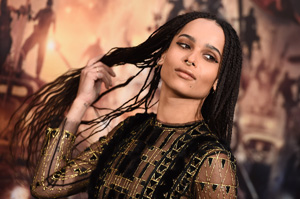 Strange is the Name of the Game

The summer of 2015 is setting up to be the era of the strange film.

First it was “Ex Machina” and now it is “Mad Max: Fury Road.”

Whoever said that Hollywood is a copycat industry (I often say that) blatantly lied because this year filmmakers are definitely thinking outside of the box.

In the Citadel, and surrounding cities, there is a shortage of water and gas.

The few who control those natural resources subsequently control the people.

Owning natural resources means the gods own the people and many faithful followers will do anything to appease the gods.

In “Mad Max: Fury Road,” Max (Tom Hardy) is struggling internally because he could not protect his wife and children from their oppressors.

Likewise, Furiosa (Charlize Theron) is determined that she can escape the captivity of her rulers if she can make it back to her homeland.

When Furiosa is charged with transporting gas to another location, she sees an opportunity for escape and she veers off her required course.

Faithful followers of the god immediately alert their ruler of her transgression and his army deploys to thwart her betrayal.

During the ensuing battle, Max is able to free himself from his oppressors and eventually links up with Furiosa and her precious cargo.

While everyone fears the warlord, Max and Furiosa have more fear for living a life as property and fight back against his evil rule.

Their biggest adversaries are the loyal captives who are willing to die for the warlord.

One aspiring fighter states that if he dies, then he gets the chance to live again.

To make matters worse, escape might not be the best way to avoid the evil warlord because of the amount of power he wields.

Sometimes running from one’s enemies will only benefit a person temporarily and to defeat them permanently one has to go right at them.

“Mad Max: Fury Road” is visually stunning and visually gory all in the same breath.

The water shots in “Mad Max: Fury Road” are splendid and the insect-eating scenes are purposefully disgusting.

As one would expect, Theron and Hardy are wonderful in their roles.

Furthermore, Zoe Kravitz (Toast the Knowing) is showing signs that she has a bright career in front of her in Hollywood.

In “Mad Max: Fury Road,” Hardy is as intense as he was in “Locke” but for totally different reasons.

His role as Ivan Locke had him verbally dominate the movie with no visual appearances from his co-stars.

However, in “Mad Max: Fury Road” his role is powerful and often mute with much visual assistance from his co-stars.

Nevertheless, the film takes strangeness a little too far and it suffers as a result.

The film was brilliantly shot, brilliantly acted and brilliantly capitalizes on a built-in fan base but stretches creativity a little too far to be a good film.

Sometimes simpler is better when it comes to artistic expression but this film was definitely not simple.

But fortunately it fits into Hollywood’s new fascination this summer, which is the stranger, the better.

However, where “Ex Machina” was strangely brilliant, “Mad Max: Fury Road” is only strangely above average.