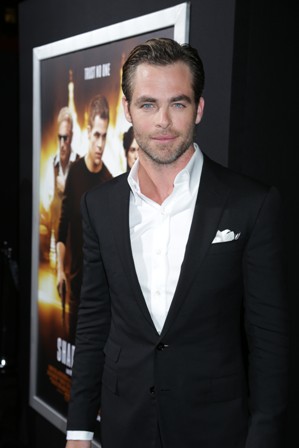 The Threat of Economic Terrorism

Like many Americans, Jack Ryan (Chris Pine) is moved by the terrorist attacks on America on Sept. 11.

While studying for his doctorate in London, Jack watches the attack unfold on cable news like so many other shocked Americans.

Unlike some Americans though, Jack decides to postpone his studies, volunteering to serve in the United States military in the war against terrorism in the mountains of Afghanistan.

From the beginning, his acumen sets him apart from his colleagues in the military, but his knowledge and warnings are often unheeded by his superiors even at the cost of many lives.

After surviving a vicious attack by the enemy, in which he also saves lives, Jack is forced to take on another enemy, physical therapy.

In “Jack Ryan: Shadow Recruit,” Thomas hires Jack to covertly work for the CIA, keeping tabs on the financial dealings of all U.S. adversaries.

When Jack discovers that the Russians are hiding financial assets from the Americans and the United Nations, he unearths a terrorist plot that would destroy the Unites States economy on a level not seen since the soup lines of the Great Depression.

However, when the Russians realize that Jack is in Moscow to thwart their attempt at a terrorist attack, he discovers a plot that is even bigger than he ever imagined.

In “Jack Ryan: Shadow Recruit,” screenwriters Adam Cozad and David Koepp master the blueprint of combining intellect with action to make a movie that will have moviegoers on the edge of their seat, and on edge at the possibility that a foreign country could possibly cripple the United States economy by thinking so out of the box.

Based on the Tom Clancy novels, “Jack Ryan: Shadow Recruit” is definitely a showcase for the talents of Pine, but Knightley’s warmth and cunning shine more brightly than Pine and veteran actor Costner.

The on-the-edge-of-your-seat action in “Jack Ryan: Shadow Recruit” is so unpredictable at times that it comes out of the blue.

While many action movies focus solely on the brawn of the protagonist, Jack is able to combine his brain power with the physicality learned from the military in an attempt to save the country he loves from utter destruction.

Twenty years ago the plot to the Kenneth Branaugh directed film would have seemed absurd, but in 2014 the threat of terrorism in all forms is an all too likely reality.

Furthermore, the cinematography of Haris Zambarloukos is absolutely brilliant.  The shots of the Moscow skyline and architecture are breathtaking

Nevertheless, “Jack Ryan: Shadow Recruit” could have benefitted from spending more time on the initial courtship between Cathy and Jack.

The chemistry between the couple is almost immediate when they meet, but filmmakers fast-forward the film 10 years without showing the audience how the relationship develops.

The film is a warning to Americans, like Sept. 11, that Americans are vulnerable to attack and that successful attacks usually come from exposed and unguarded angles.

In 2001, very few would have believed that terrorists would use commercial airlines in an attempt to take down an entire country.

Even few would imagine a foreign country using financial investments to do the same.