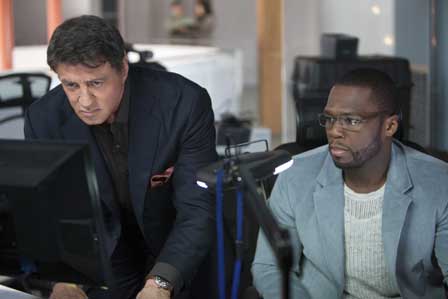 Escape: Gotta Get Away

When rap pioneers Whodini made their classic song “Escape,” they were rapping about getting away from the prison of life, which had them trapped by stress.

In 2013, action film pioneers Sylvester Stallone and Arnold Schwarzenegger perfected the escape plan in the action thriller of the same name.

Ray Breslin (Stallone) is a complex man to say the least.  For most sane individuals, prison is a place to be avoided at all costs.

However for Breslin, prison is the place that feels most like home, and it is while incarcerated that he feels within his element.

His expertise is finding flaws in prison security.  Breslin is a master at understanding the tendencies of prison guards, the blind spots in the facility and the time needed to escape from the prison facility.

He has broken out of prison on so many occasions that companies have started leaning on his research to erect prisons that even the best escape artists cannot break out of.

Although Breslin wants a break from his escape capers, he is persuaded by the CIA to participate in one more operation.  He is hired to break out of a privatized prison where the world’s most dangerous criminals are housed and literally lost within the system.

However, Breslin gets more than he bargains for.  His enemies have paid for his incarnation, and he is sent to “The Tomb,” a prison where even the most ruthless are beaten and broken down like punished children.

While in “The Tomb,” he befriends Emil Rottmayer (Schwarzenegger), who provides him with the protection that he desperately needs and the desire to not give in to his current state of imprisonment.  The two have to lean on each other or accept living the rest of their lives in captivity because of jealousy, greed and profit.

While “Escape Plan” suffers from the predictability of other Stallone films and Schwarzenegger films, the action is definitely intense at times and provides the usual bad guys versus good guys dilemma.

The intense action scenes compensate for lackluster acting performances by Curtis “50 Cent” Jackson (as Hush), who fortunately is beginning to expand his acting horizons portraying one of the “brainiacs” behind Breslin’s operations.

Nevertheless, “Escape Plan” is definitely an enjoyable ride with the typical twists and turns of an action-based film.

“Escape Plan” will be released on DVD, Blu-ray and Video on Demand on Feb. 4.

Unfortunately, in a way “Escape Plan” makes one appreciate incarcerated criminals who pull off successful escapes.  Although prison escapes are obviously wrong, it takes a certain intellect to outsmart law enforcement officials as well as prison architects in a quest for freedom.  It is also upsetting that people with so much intellect would waste their intellectual talent on a criminal lifestyle.