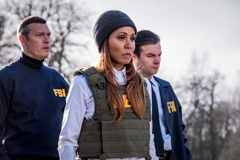 The best action flick of summer 2019 can also sum up “Angel Has Fallen” as well.

Just make sure to check out “Angel Has Fallen,” because disappointment will not fall off the lips of anyone who sees this film.

In “Angel Has Fallen,” Mike Banning (Butler) has hit a career crossroad.

Banning still dominates his profession as a Secret Service agent, even frustrating his colleagues who criticize his intensity during practice drills.

But domination does not always come without consequences.

Boxing great Muhammad Ali dominated in the ring, especially when he realized he could take a punch.

But taking constant punishment from the likes of George Foreman, Ken Norton, Joe Frazier and Larry Holmes took its toll on the greatest of all time.

And while his boss President Allan Trumbull (Freeman) has full faith in his ability; Banning is beginning to lose faith in his ailing body.

When a director job at the Secret Service opens up, many like his friend Wade Jennings (Danny Huston) believe that Banning should throw his hat in the ring, but his warrior mentality will make it difficult for him to leave the field and take a desk job, despite the safety that the new job would provide.

Not to mention the peace of mind that the new director job would provide for Banning who now has an infant child to think about, along with his wife.

Despite all of Banning’s physical ailments, which include concussions, never has his physical condition prevented him from performing his job of protecting President Trumbull.

And even Trumbull thinks Banning should consider the new job, telling him as much on a fishing trip that the president takes to get away from the hustle and bustle of Washington, D.C.

Unfortunately, Banning’s conversation with Trumbull during the fishing trip gets cut short when Banning decides to head to shore to get some much-needed medication.

Banning asks a colleague to take over for him, protecting the president in his fishing boat as he heads to shore.

To some of the Secret Service agents, the flying objects look like bats.

However, Banning quickly realizes that the flying objects are not bats at all, but drones equipped with weapons intent on assassinating the President of the United States.

As his colleagues fall victim to the massive drone attacks, Banning races back to the president’s boat to cover him and protect his life.

And although the Secret Service agents shoot back at the unmanned drones, it still results in a bloodbath of epic proportions.

It seems as if the drones attack everyone near the water except Banning.

Nevertheless, Banning still believes his life is in danger, as well as the life of Trumbull.

He takes the president, and the two jump into the water to avoid the drone attacks.

When the two men emerge from the water and the carnage, both find themselves in the hospital, the president in a coma and Banning arrested for murder and the attempted assassination of the president that he has served for years.

What FBI agents want to know is how did every other Secret Service agent die except for Banning?

It is as if the drones purposefully avoid shooting Banning.

And why does Banning’s bank account suddenly have $10 million dollars in it?

Furthermore, why is Banning linked to the assassination attempt in other ways as well?

But while Banning becomes the FBI’s prime suspect in the assassination attempt on the president, and his face has gotten plastered on every television in the country, the FBI must have forgotten whom they were messing with.

Banning is the guy that makes a mockery out of the simulated scenarios that Secret Service agents have to go through to prepare them for their work in the field protecting the leaders of America.

And Banning knows every FBI, Secret Service, CIA and military trick in the book because he has learned from a couple of those agencies in his duties of protecting the president.

So good luck to those charged with bringing him to justice for the attempt on Trumbull’s life and the murders of all of those entrusted to take care of the president.

Despite “Angel Has Fallen” boasting the star power of Butler, Freeman and Pinkett Smith, another almost unrecognizable star steals several scenes in the middle of the film.

An explosive scene in the middle of the wilderness will standout in a movie filled with standout scenes.

Critics of “Angel Has Fallen” might take offense to some of the political rhetoric seemingly aimed at the current crop of national politicians.

Furthermore, “Angel Has Fallen” leans on some of the political issues of the day and America’s relationships with foreign powers overseas.

But in the best movies, art imitates life and enhances the drama of life.

Through superb acting and fabulous action scenes, including fistfights and gun battles, “Angel Has Fallen” has it all.

Many people hope that heaven is the next level for them when it is all said and done.