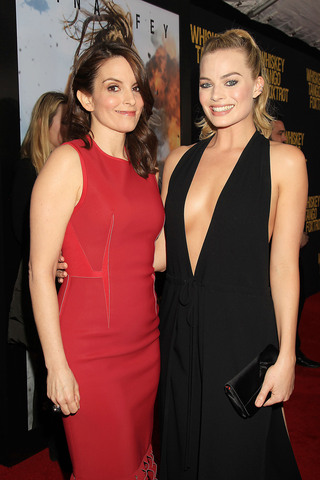 The importance of branding in Hollywood cannot be understated.

Comedian Tina Fey solidified her brand identity long ago, but true talent often likes to spread their wings a little in order to come out of the box that Hollywood has placed them in.

In “Whiskey Tango Foxtrot,” Fey masterfully escapes the box of pure comedy without straying too far from the famous Fey brand of humor.

Kim Baker (Fey) is tired of being placed in a box too as it pertains to her journalism career.

She does not like the meaningless assignments she receives so when her cable network encourages those single and without children to consider an assignment in Afghanistan she jumps at the opportunity to spread her wings.

She arrives at the Kabul International Airport (K.I.A.) un-affectionately known as killed in action in 2003 and stays until 2006.

While in Afghanistan she immediately makes her mark as a female journalist in a country that is extremely repressive towards women.

The Attorney General of Afghanistan will not even talk to Kim during an interview.  He instead prefers to answer her questions by talking to her male assistant Fahim Ahmadzai (Christopher Abbott).

On a positive note, she has her choice in men because of the country’s 4-10-4 rule.

That rule basically means that a woman who is a four on a scale of 1-10 in America, will be considered a perfect 10 in Afghanistan, and then will return to her status as a four when she returns to the States.

Luckily, she is able to adjust to the sexism of Afghanistan with the help of new colleague and friend Tanya Vanderpoel (Margot Robbie) who is viewed as a 15 on a scale of 1-10 in their new temporary home country.

However, competition between the journalists leads to rivalry in “Whiskey Tango Foxtrot.”  And rivalries unfortunately lead to dire consequences for all of those surrounding them.

Years of success on “Saturday Night Live” and “30 Rock” can lead to even the most talented actresses being typecast.

Luckily for Fey, “Whiskey Tango Foxtrot” may be the first step in avoiding that dreaded reality that many actors face.

The comedy is obviously still there in “Whiskey Tango Foxtrot,” but in an understated less-slapstick kind of way.

The jokes are clever and perfectly timed.

Furthermore, Fey is not the only comedic standout in the film.

Martin Freeman who plays Iain MacKelpie more than handles his own with the comedic genius of Fey.

Even Sterling K. Brown (“American Crime Story: The People v. O.J. Simpson”), who plays Sgt. Hurd, holds his own in a country with people that mistake him for a Black Russian.

However, “Whiskey Tango Foxtrot” struggles with its strange name.

Other than General Hollanek (Billy Bob Thornton) asking Kim if she drinks Tennessee Whiskey, the name is perplexing.

But what is not perplexing is Fey spreading her wings from pure comedy into more dramatic work.

Hollywood has seen this transition from many comedians from Eddie Murphy to Jamie Foxx to Anthony Anderson.

If Fey can duplicate the success of her aforementioned colleagues her fan base will expand along with her brand.