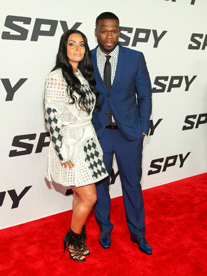 It is doubtful that many have ever doubted her abilities, but her talent is on full display in “Spy,” a film with a formulaic concept and some miscues, but one that is hilarious all the same thanks to McCarthy and Jason Statham.

She quits her job as a teacher to join the CIA, but still is not able to add spice to her life as she is forced behind a desk while her more respected colleagues, like Bradley Fine (Jude Law), risk their lives to protect American interests at home and abroad.

Susan’s only excitement is behind the scenes in the “basement” dealing with the bat and rat infestation that sometimes prevents her from doing her job adequately.

International terrorists are determined to purchase a nuclear bomb created by Tihomir Boyanov (Raad Rawi), and it is crucial that CIA operatives thwart this effort and protect humanity from imminent danger.

Despite outperforming colleagues like Fine during training and being overly qualified for field duty, Susan is stuck being Fine’s eyes and ears, warning him of danger from America’s evil adversaries.

When the possessor of the nuclear bomb kills Fine, that murderer lets the CIA know that they know the names and faces of all the CIA operatives and is more than capable of doing to them what they did to Fine.

Because very few have seen Susan’s face, she volunteers her services.

She is determined to find Fine’s killer and stop nuclear destruction even if that means blatantly disobeying orders from her superiors.

Her promotion irks some of her male colleagues like Rick Ford (Jason Statham) who would rather quit the CIA than to see the “lunch lady” thrust into active duty.

McCarthy’s talent takes a simple story and makes it hilarious at times.

Statham is fabulous also.  His character Rick Ford will remind men of that old “playa” that hangs out at the barbershop and brags on how good he was in sports or with the ladies back in his young day.

But then when they see him on the court, field or with the ladies, he’s tripping over his own two feet.

Furthermore, “Spy” boasts a cameo appearance from rapper 50 Cent, who manages to get a hilarious Kanye West diss in despite his limited screen time.

In one scene, Fine is shot at round 100 times and almost all of the shots hit the grass around him, but no one is able to kill him.

However, once “Spy” gets going it’s hilarious.

And Statham’s boasts will soon be classic as well like the time he lost one arm and had to sew it back on with the other arm.

Or the time he successfully impersonated President Barack Obama and fooled everyone.

Those jokes from McCarthy and Statham carry “Spy” and they carry the film very well.