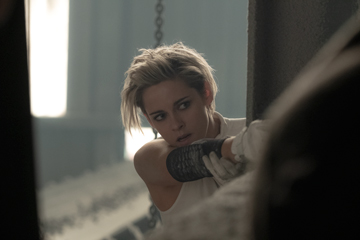 Redundancy is the Name of the Game

Remakes have become en vogue in Hollywood not because audiences crave for remakes and reboots all of the time.

Sometimes, people crave reboots and sometimes they do not.

But often, reboots and remakes get the green light because established brands and franchises have a built-in audience, which often guarantees box office success.

Unfortunately, box office success does not always mean a critical success or a necessary endeavor.

But thankfully, “Charlie’s Angels” is average enough not to fall into the deep abyss of Hell.

With all of the talk going on about climate change and clean energy, Elena is developing a form of energy called Calisto that will change the world for the better.

The problem with Calisto is that the system is flawed and not ready for market.

But the problem with many technology companies is that if you are not first then you are last to quote Ricky Bobby’s father in “Talladega Nights.”

Despite the fact that her superiors will not listen to her at Brock Industries, Elena still seeks someone that will help her stop Brock Industries from making a colossal mistake.

Elena reaches out to Edgar Bosely (Djimon Hounsou) at a coffee house to inform him of the dangers of the flawed Calisto system.

The concerned scientist tells Bosley that the flaws in Calisto are so catastrophic that it can cause a massive terrorist attack.

Elena’s incomplete Calisto system has the potential to revolutionize how people get and use energy.

Unfortunately, it can cause destructive physical harm.

Calisto has already sent one Brock Industries scientist to the hospital.

However, Fleming does not want to accept that reality, denying the danger of Calisto.

Although Bosley and Elena seem to be having a normal meeting at a coffee shop, their meeting turns dangerous when a man at a typewriter named Hodak (Jonathan Tucker) turns his attention away from his typing skills to showcase his skills with a firearm.

Luckily for Elena and Bosley, they are not alone in the coffee house.

Bosley has a few of Charlie’s Angels from the Townsend Agency present at the meeting in case any shenanigans pop off.

Charlie’s Angels and Elena get away from Hodak, but no one knows for sure why he targeted them.

Or did Hodak target Elena?

What Hodak is after is that flawed Calisto system.

The timing of the threat that Hodak poses could not have come at a worse time for Charlie’s Angels.

John Bosley (Patrick Stewart) has recently announced his retirement from the Townsend Agency and the leadership of the organization is in flux.

While Elena knows that her system is not ready for the open market because of its flaws, those with nefarious ambitions know that the flaws make it worth more than gold on the black market.

If the wrong people get their hands on the current version of Calisto, people’s lives are in danger if the right person tells Calisto to go to work.

No guns are needed to inflict violence.

No hijacked plans are needed to pull off a terrorist attack.

And no knife is needed to get blood.

All that is needed to end someone’s life is voice command thanks to the flawed Calisto.

While that storyline from “Charlie’s Angels” is decent, it has been done before.

Actually, that storyline has been done to death recently considering the constant threat of terrorism that the entire planet faces on a regular basis.

On the positive side, “Charlie’s Angels” does have some twists and turns that moviegoers will not see coming.

The twists and turns might even be heartbreaking to longtime fans of the “Charlie’s Angels” television and film franchise.

But despite the redundancy of the storyline in “Charlie’s Angels” in comparison to other recent Hollywood films, the movie does have a couple of interesting performances.

Furthermore, all of the angels and former angels, including Bosley (Elizabeth Banks) bring the girl power, kicking behind and taking names in the process.

For that reason, “Charlie’s Angels” is somewhat entertaining.

The fighting scenes in “Charlie’s Angels” are decent and it is always good to see women get to escape stereotypes in Hollywood.

Furthermore, “Charlie’s Angels” definitely has its comedic moments thanks to Sabina, Alexander and Fleming.

The little performance of “Tricky” by Run-DMC is great too.

But there is nothing in “Charlie’s Angels” that makes it stand out.

There is nothing unique about it like the 2000 film adaptation or the television show.

There is no Farrah Fawcett (Rest In Peace), no anthems by Destiny’s Child, no Lucy Lu, no Cameron Diaz, no Drew Barrymore and nothing unique about the plot of the 2019 version of “Charlie’s Angels.”

Sure, Stewart is on the A-list, but her star power is not enough to lift this version of “Charlie’s Angels” past mediocrity.