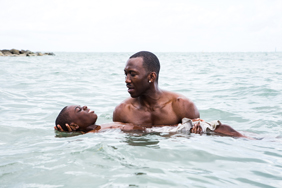 “Manchester by the Sea”

The Best Picture Academy Award will probably go to “La La Land,” but 2016 was filled with movies that were more powerful and important.  The impact that “Hidden Figures” will have on young girls of color will reverberate for decades to come.  Although “Fences” is Regal’s favorite, “Hidden Figures” will become the classic film out of the nominees.  And while “Fences” might have the most powerful performances, “Manchester by the Sea,” “Hacksaw Ridge” and “Lion” are not too far behind when it comes to having a powerful impact.

Casey Affleck, “Manchester by the Sea”

Denzel Washington could practically win the Oscar every other year.  But it is hard to believe that the Academy would give him a third Oscar anytime soon.  Despite the controversial past of Casey Affleck, his performance as a grief stricken father who is responsible for the accidental death of his children is heartbreaking without going over the top dramatically.  Affleck had a subtle brilliance to his performance.  Andrew Garfield deserves more press for his strong performance in “Hacksaw Ridge.”  But do not be surprised if Ryan Gosling dances his way to the trophy with his smooth performance in “La La Land.”

Natalie Portman was born to play Jackie Kennedy.  Her voice is a near identical match to the glamorous former First Lady.  Emma Stone might take the gold statute because “La La Land” is the darling of the Academy this year.  Hopefully, Meryl Streep is in a generous mood because she too could win the award every other year.  Although she will not win, check out Ruth Negga’s powerful performance as Mildred Loving in the biopic “Loving.”

Lucas Hedges, “Manchester by the Sea”

Lucas Hedges might have actually outshined Casey Affleck in “Manchester by the Sea.”  But 2016 belonged to Mahershala Ali.  The California native was everywhere from the small screen to the big screen with roles in “Moonlight,” “Hidden Figures,” “Luke Cage,” “Free State of Jones” and “House of Cards.”  Dev Patel was great in “Lion” and Jeff Bridges and Michael Shannon always give intense performances.  However, how did the Academy ignore Mykelti Williamson’s performance in “Fences?”

Michelle Williams, “Manchester by the Sea”

The biggest head scratcher is how Viola Davis got placed in the Supporting Actress category for every major award show.  Who did she support in “Fences?”  She actually stole the show despite playing opposite the great Denzel Washington.

Kenneth Lonergan, “Manchester by the Sea”

Damien Chazelle will win for “La La Land” but Mel Gibson did a marvelous job in “Hacksaw Ridge.”  Gibson’s film was the most brutal, gruesome and realistic war film in a long time.  Nevertheless, musicals often do better than war flicks when it comes to awards and “La La Land” was one of the most brilliant musicals in a mighty long time.

“I Am Not Your Negro”

Predicted Winner: “O.J.: Made in America”

Regal’s Favorite: “O.J.: Made in America”

Snub: “Requiem for the American Dream”

Ava Duvernay’s documentary “13th” was probably the most important documentary in recent memory.  But there is still a fascination in America about former NFL great O.J. Simpson who was acquitted of the murder of his ex-wife and her friend in the mid-1990s.  “O.J.: Made in America” was not just a portrait of Simpson, but a portrait of how race relations and location can shape a person’s persona.