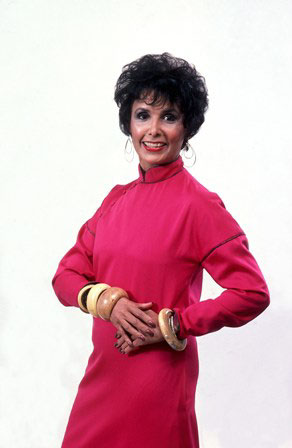 The Epitome of Class

Before moviegoers became mesmerized by the stunning beauty of Halle Berry, Laura London and Paula Patton, the legendary Lena Horne graced the silver screen despite facing racism of epidemic proportions.

Although she never achieved the critical and commercial acclaim that she deserved, Lena Horne is the pioneer of all African American female performers, without whom Academy Award winners Whoopi Goldberg, Berry, Jennifer Hudson and Mo’Nique would have been forever absent from Black history.

On May 9, the iconic singer-actress passed away at the blessed age of 92.  Many young moviegoers are oblivious of the talent and courage that Lena Horne and all other African American performers of yesteryear possessed.  Not only did they live in a time where their talent was not fully valued, they also lived in a time where their opinions were valued even less.

Courageous performers such as Lena Horne and the late Eartha Kitt were essentially blackballed from Hollywood for years for taking a stand against American injustice.

Lena Horne followed her mother into a career in entertainment, despite the objections of truant officers when she was 16-years-old and later by her first husband Louis Jones.  Nonetheless, she began career performing in the legendary Cotton Club in Harlem, N.Y.

Her first film role came in 1938, in the all-Black musical “The Duke in Tops,” a role she did not get paid for.  In 1942, Horne starred in her first film for MGM, “Panama Hattie,” as a nightclub performer whose scenes could be easily deleted when played in the segregated South.  This type of role would be consistent for some time, as many African Americans fought for accurate portrayals in Hollywood.

Her career began to really take off that same year as she took roles in films such as “Cabin in the Sky” and “Stormy Weather.”  The latter producing the classic Horne song of the same name.

Despite her successful career, the actress became the activist when she performed for U.S. troops during World War II, and African American soldiers were forced to sit behind German prisoners of war during her performances in Fort Riley, Kan.  This act by the United States military basically meant that America’s enemy had more respect than actual Americans.

Lena Horne’s outspoken disapproval of military discrimination, her second marriage to a Jewish arranger and composer, friendship with actor-activist Paul Robeson and membership in the Council of African Affairs led to her blacklisting.  However, with the help of such legends as Ed Sullivan, Horne remained popular as a performer during the Civil Rights Movement.

Her career began to rebound in 1969 with her appearance in the film “Death of a Gunfighter,” but tragedy struck two years later in 1971 with the deaths of her son Teddy Jones and father Teddy Horne.