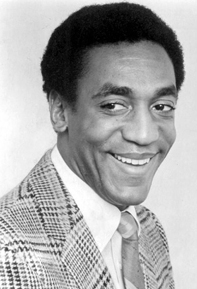 Bill Cosby was once known as America’s dad.

The last few years have seen the tragic fall from grace for a man once revered as “America’s Dad” for his positive portrayal of an affluent African-American father on the legendary sitcom “The Cosby Show.”

“After all is said and done, women were finally believed,” said Gloria Allred, the lawyer for many of Cosby’s accusers.

The verdict gave a moment of vindication for the dozens of women that accused Cosby of drugging them and raping them throughout his career in Hollywood.

Each count is a felony, with each possibly carrying a 10-year sentence.

It is possible that the sentences can run concurrently.

Despite attempts by the prosecution to get Cosby’s bail revoked because of their allegations that he can become a flight risk, Cosby remains out of jail on $1 million bail.

The prosecutor’s attempt to get bail revoked resulted in a vulgar outburst by Cosby in the courtroom.

However, authorities will hold on to Cosby’s passport while he is out on bail pending an appeal.

The first trial ended in a mistrial last summer.

Cosby’s squeaky clean image as America’s dad begin to unravel after a comedy bit by Hannibal Buress went viral on social media when a fan taped his performance in a comedy club.

Buress’ bit centered on Cosby’s alleged reputation in Hollywood for drugging women and sexually assaulting them.

The legendary comedian admitted to decades of adultery and giving women Quaaludes in an attempt to have sex with them.

Many aspiring actresses have gone on the record saying that while trying to get mentored by Cosby, he gave them drinks and drugs before having nonconsensual sex with them.

For them, Cosby’s guilty verdict was a guilty verdict against him in their cases too because many of their allegations fall outside the statute of limitations.

Actress Lili Bernard who accused Cosby of raping her in the early 1990s when she appeared on “The Cosby Show” became very emotional after the verdict.

Bernard said, “I feel like my faith in humanity is restored.”

Black-owned television network Bounce TV had restored reruns of “The Cosby Show in December 2016 after removing reruns in July 2015 when the allegations against Cosby began.

On April 26, Bounce TV said that they were immediately removing “The Cosby Show” from its schedule.

Cosby’s attorneys, however, say that the fight is not over.

“We are very disappointed by the verdict,” said Cosby’s lawyer, Thomas A. Mesereu, Jr. “We don’t think Mr. Cosby’s guilty of anything and the fight is not over.”

William Cosby, Sr. worked as a Navy mess steward and his mother worked as a maid in the homes of other Philadelphia area families.

His father eventually left the family and never returned.

With his father often working out of town, Bill Cosby began working early to help his mother provide for his two brothers, finding odd jobs like shining shoes and delivering groceries.

His humor came from his mother who had an eccentric imagination.

Additionally, his maternal grandfather Samuel Russell contributed to his unique humor and storytelling by giving a quarter to the grandchild that told the best stories.

Although Bill Cosby attended a school for gifted students because of his high IQ scores, he eventually dropped out of high school after the 10th grade.

The future comedian joined the United States Navy after working briefly as a shoe repairman.

After passing a high school equivalency exam while in the Navy, Cosby enrolled at Temple University on a track and field scholarship after his discharge from the Navy, majoring in physical education.

Cosby began appearing as a comedian at coffeehouses in Philadelphia and eventually booked successful gigs at the Gaslight Café, a Greenwich Village coffeehouse in New York.

Success as a comedian led to Cosby withdrawing from Temple University before finishing his degree.

Cosby’s success as a comedian benefitted from his ability to reach a multiracial audience and fan base.

Cosby once said, “I don’t think you can bring races together by joking about the differences between them. I’d rather talk about the similarities, about what’s universal in their experiences.”

Being able to crossover to a diverse audience, possibly helped him land a job on the NBC show, “I, Spy.”

Cosby’s role from 1965-1968 on “I, Spy” made him the first African-American performer to star in a weekly television series.

From 1969-1971, he starred as physical education teacher, Chet Kincaid on “The Bill Cosby Show.”

While starring in “The New Bill Cosby Show,” the comedian started the animated series, “Fat Albert and the Cosby Kids,” which ran until 1985.

With the cartoon, he tried to have a show that gave children positive examples about how to handle the pressures of growing up.

After “Fat Albert and the Cosby Kids,” Cosby enjoyed probably his most successful stretch with “The Cosby Show,” a sitcom that ran on NBC from 1984-1992.

Many of the biggest celebrities of the day made guest appearances on “The Cosby Show” such as Sammy Davis, Jr., Stevie Wonder and Lena Horne.

“The Cosby Show” eventually spun off into a sitcom (“A Different World”) based on the fictional Hillman College, which gets credit for increasing the popularity of Historically Black Colleges and Universities (HBCU).

Cosby and his wife Camille Cosby gave millions of dollars to HBCUs over the years in addition to other charities.

Although he dropped out of Temple University early to pursue his career, Cosby eventually earned his bachelor’s degree from Temple before earning an Ed.D degree from University of Massachusetts at Amherst in 1977.

In addition to his celebrated television and comedy career, which included many comedy albums, Cosby appeared in movies like “Ghost Dad,” “Uptown Saturday Night and “Let’s Do it Again.”