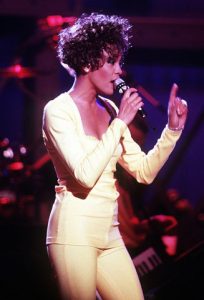 Whitney Houston contributed six tracks to “The Bodyguard” soundtrack in 1992.

Admit it, the 1990s produced some of the best R&B and hip-hop albums of all time.

As far as hip-hop is concerned, 1992 became a watershed moment as the G-Funk sound from Death Row Records took over pop culture.

Thirty years later, some of the stars that dropped classics in 1992 remain on top of the game in a new millennium.

As a result of the 30th anniversary of some of the best R&B, hip-hop and even pop albums, RegalMag.com ranks the top 10 albums of that remarkable year known as 1992.

Honorable Mention: “Too Hard to Swallow” by UGK—Port Arthur, Texas natives UGK might not have shaken up the world in 1992 with their major label debut, “Too Hard to Swallow.” But Bun B and the late Pimp C definitely shook-up Texas and the entire Dirty South with instant classics like “Pocket Full of Stones” and “Short Texas.” People of a certain age remember where they were when they first heard “Something Good.” Those same people probably remember how upset they were when Jive Records refused to put out the explicit version on the album. Soon, UGK would shake up the world and their style influenced a generation of Houston rappers decades later.