Cult Deprogramming Therapy: Does it Work? 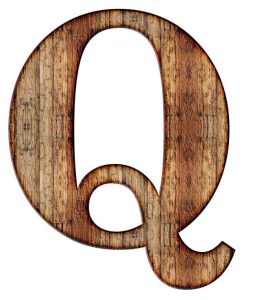 What is the definition of a cult?

The first reads, “a system of worship or group of worshippers.

While many groups can fit the definition of a cult, many critics of groups like QAnon and the MAGA movement believe that support of former President Donald Trump has created a cult with devotion that has led to violence and chaos.

One participant in the Jan. 6 insurrection on the United States Capitol has now sought cult deprogramming therapy to help him recover from whatever encouraged him to participate in the infamous attack on democracy.

Ginni Thomas, the wife of United State Supreme Court Justice Clarence Thomas, once worked as an anti-cult activist after getting out of a self-help group during the 1980s.

Because of her work as an anti-cult activist, many people find it very surprising that she affiliated herself with the QAnon conspiracy theorists and attempted to overthrow American democracy so that Trump could stay in power past 2021.

At a 1986 Cult Awareness Network panel in Kansas City, Mo., Thomas told the crowd, “When you come away from a cult, you’ve got to find balance in your life as far as getting involved with fighting the cult or exposing it. And kind of the other angle is getting a sense of yourself and what was it that made you get into that group. And what open questions are there that still need to be answered.”

Rick Ross, who is an expert on cults and previously worked as cult deprogrammer who knew Thomas when she worked as an anti-cult activist, said, “Ginni Thomas was out there active in the late ‘80s and early ‘90s and then she really went a different path. I admire the work she did back in the ‘80s. And she should be given credit for that.”

Because of Thomas’ marital relationship with a U.S. Supreme Court Justice, many critics have said that Justice Thomas should have recused himself from Trump’s legal cases claiming election fraud because she could have been an influence on his decision.

Many Trump supporters have said that they needed to influence Thomas to get their desired result from the false voter fraud claims.

Allan Smith and Alex Seitz-Wald of NBC News reported, “Two debunked conspiracies Thomas referenced in the aftermath of the 2020 election were first embraced and promoted by QAnon adherents. One theory involves claims that Democrats and other election officials were being arrested and shipped off to the Guantanamo Bay military prison in Cuba as the votes were still being counted.

“Another is the idea that then-President Donald Trump had watermarked mail-in ballots so he could track voter fraud—a claim both false and implausible. Still, QAnon followers spread both claims online following the November 3 vote, and references appear in QAnon-connected videos, social media posts message boards.”

Thomas texted her QAnon allegations to Mark Meadows after the 2020 presidential election, writing “ball0t fraud co-conspirators” were “being arrested & detained for ballot fraud right now & over coming days, & will be living in barges off GITMO to face military tribunals for sedition.”

Despite the interest in cult deprogramming, some experts question its credibility.

“As a professor of religious studies who has written and taught about alternative religious movements, I believe such deprogramming conversations do little to help us understand religious recruitment and conversion and excuses those spreading QAnon beliefs from accountability.”

Thomas continued, “The concept of deprogramming rests on the idea that people do not choose alternative beliefs. Instead, beliefs that are deemed too deviant from mainstream culture are thought to result from coercive manipulation by nefarious entities like cult leaders. When people call for QAnon believers to be deprogrammed, they are implicitly denying that followers exercised choice in accepting QAnon beliefs.

“This denies the personal agency and free will of those who become QAnon enthusiasts, and shifts the focus to the programmer. It can also relieve the followers of responsibility for perpetuating QAnon beliefs.”

The Radford University professor added, “To understand the QAnon phenomenon, I believe analysts must dig deeply into the social, economic and political factors that influence the adoption of QAnon beliefs.”

Many political pundits believe that Trump’s ascendancy to the White House in 2017 had much to do with political and economic factors impacting some members of White America.

The eight-year administration of President Barack Obama, the nation’s first African-American president, led to some hostility from some White Americans and some in the Republican Party.

Calls to “take our country back” led to the rise of a leader like Trump, who some saw as a savior to poor and rural White Americans, who often felt their needs were ignored by mainstream politicians.

Many QAnon believers view, or viewed, Trump as a leader chosen by God to “drain the swamp,” or rid Washington, D.C. of its corrupt ways.

Because of their devotion to Trump, many ignored the lies that he spewed about election fraud.

As a result, when he summoned his followers to the nation’s capital to “stop the steal,” many QAnon believers thought they were doing God’s will by participating in a violent insurrection to overthrow the American government.