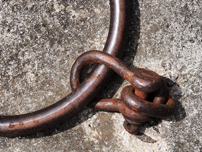 Reparations for slave descendants could make its way onto the Democratic presidential platform in 2020.

Finally Receiving 40 Acres and a Mule?

After the emancipation of enslaved African-Americans, the American government promised those freed slaves each 40 acres and a mule as reparations for a life of free labor.

Reparations would have given African-Americans back pay for years of forced labor and a jump-start at life as American citizens.

However, those 40 acres never arrived and the mule must have died in transit because African-Americans literally had to create something out of nothing after they received freedom.

Now in 2019, several Democratic candidates for President of the United States have supported reparations for African-Americans in some sort or fashion to atone for America’s oppression of an entire race of people.

Instead, the presidential candidates support using tax credits and other subsidies to atone for America’s original sin of slavery.

However, supporting some form of reparations comes with potential controversy.

“Universal programs are not specific to the injustices that have been inflicted on African-Americans,” explained William Darity, a Duke University economist and veteran advocate of reparations. “I want to be sure that whatever is proposed and potentially enacted as a reparations program really is a substantive and dramatic intervention in the patterns of racial wealth inequality in the United States—not something superficial or minor that is labeled as reparations and then politicians say the national responsibility has been met.”

Harris’ reparation initiative includes monthly payments in the form of a tax credit to people of any race that meet the qualifications.

The qualifications were not known by RegalMag.com press time.

Warren’s plan includes universal childcare for all children until they reach school age.

Under Warren’s childcare plan, parents with income less than 200 percent of the poverty line would receive free childcare.

On the other hand, other families would only pay seven percent of their total income for childcare.

“We must confront the dark history of slavery and government-sanctioned discrimination in this country that has had many consequences including undermining the ability of Black families to build wealth in America for generations,” Warren said.

The only Democratic candidate to endorse reimbursement for slavery is Marianne Williamson, but many political scientists consider her candidacy a long shot.

Ayers said the discussion about reparations amongst Democratic presidential candidates is “symptomatic of the fundamental debate that is roiling the Democratic Party today.”

The GOP political strategist added, “There is no doubt that issues of race have been and remain critically important in American society. But the idea that you resolve those issues by taking money from White people and giving it to Black people will make race relations worse, not better. Republicans would love to have that debate.”

The difficulty might arise about which White people to tax for reparations and which African-Americans should receive reparations.

Because of the wealth associated with owning slaves, most White Americans never owned slaves because they could not afford it.

And not all African-Americans are descendants of slaves.

However, moods are changing within the Democratic Party and the issue of reparations could find itself on the 2020 Democratic platform.

“Theoretically, you can make, obviously, a powerful argument that centuries of slavery, Jim Crow, discrimination are the primary causes for those [economical] gaps,” President Obama said. “That those were wrongs done to the Black community as a whole, and Black families specifically, and that in order to close that gap, a society has a moral obligation to make a large, aggressive investment, even if it’s not in the form of reparations checks, but in the form of a Marshall Plan, in order to close those gaps.”

Obama referenced the Marshall Plan, which was America’s plan to offer financial assistance to Western Europe after World War II.

Nevertheless, Obama said that it would be very difficult politically to approve reparations.

Castro, however, does not view reparations as a political issue.

“This is not something that I see through a political lens,” Castro said. “I have long believed that this country should resolve its original sin of slavery and that one of the ways we should consider doing that is through reparations for people who are descendants of slaves.

Castro said that a dark cloud still hangs over America because of the stain of slavery and discrimination.

Therefore, as president he would form a task force to examine how to pay out reparations to descendants of slaves.

“I believe that we ought to move forward in the 21st century as one nation with one destiny and that until that issue is resolved, until that original sin is addressed, we may think that we are moving forward as one nation, but I don’t think we ever really will,” said Castro.