Men Face Sexual Harassment At Hands of Women Too 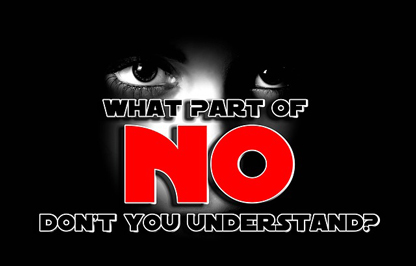 The topic of sexual harassment is finally getting the attention that is needed to end this practice with the #MeToo movement.

On May 19, Josh Levis wrote in Time Magazine about the time he faced constant sexual harassment at the hands of his female superior.

Levis wrote, “From our first interactions with each other, she began asking me when I was going to take her out.  Then, she informed me that she had decided we were going to have sex.  She spoke graphically about my body and asked me to draw pictures of myself naked.  When I declined, saying that it was inappropriate, she drew what she imagined my body looks like and asked me to tell her how accurate it was.”

While it is inaccurate to claim that men face sexual harassment from women at the same rate as women face it at the hands of men, believing that women do not sexually harass men would also be inaccurate.

Furthermore, no one should imply without data to prove it that men face the systemic sexual harassment and sexism that women face in the workplace.

However, according to a 2015 article in PsychologyToday.com, approximately one third of all workingmen had reported at least one incident of sexual harassment in the last year.

PsychologyToday.com reported, “Of the 7,809 sexual harassment charges filed in 2011 with the U.S. Equal Employment Opportunity Commission (EEOC), 16.1 percent were filed by men.  By 2013, this had risen to 17.6 percent.”

According to PLBSMH.com, “Examples of sexual harassment might be as straightforward as unwelcoming touching, being pressured to go on romantic dates, or being called an offensive sexual nickname.  It can also be less obvious behavior, like making derogatory or offensive remarks about others, posting sexually explicit pictures or regular conversation of a sexual nature.”

Male victims of sexual harassment at the hands of their female superiors have reported retaliation for refusing sexual advances, nonconsensual touching or caressing and being victimized by unwelcome sexual or offensive jokes.

Furthermore, male on male sexual harassment has become more commonplace in the workplace.

Also, many assume that many male victims of sexual harassment do not report their cases.

According to PLBSMH.com, “Some men may not report their sexual harassment or file a claim with the EEOC because they are afraid of being mocked by co-workers.  They may believe that men can’t truly be sexually harassed by a woman, or that being harassed by another man implicates their own sexuality.”

In 2016, many men took to the social media platform Reddit to discuss their experiences being sexually harassed by women, according to the Daily Mail.

One man said he worked at a pub and there were a list of dares at a hen party.  An example of one of the dares was grabbing a random man’s penis.

Then a random woman, with extremely long fingernails, came up to him while he was collecting glasses and shoved her hand down his pants.

When he threatened to kick her out of the pub before he called the police, she replied, “But you are a man!”

Another anonymous Reddit user said that while he was on his knees fixing a woman’s door handle, she said, “That’s where men need to be.”

As Levin wrote in Time, “Eventually the project was completed, and I was able to get new assignments working with new people.  I kept whatever distance I could…I’ll never know what may have happened.  But even looking back, I still believe that if I had tried to complain, nothing good would have come of it.”