Father’s Day 2012: Father of the Year Award Goes to Obama 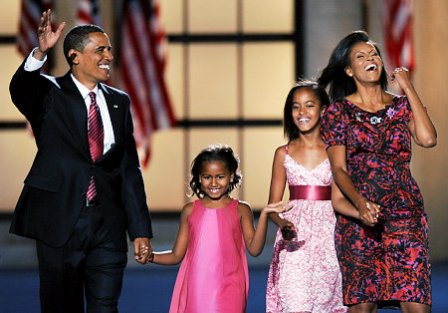 Father’s Day 2012:  Recognizing Their Support and Remembering Their Struggle

Sunday, June 17 we will celebrate Father’s Day 2012 and for many families, it is an opportunity to recognize Dad, Daddy, Pop, “Pop-Pop,” Grand-dad, Godfather, Stepfather or the significant “father figure” in your life.

Often, we here at Regal Magazine recognize a group of exceptional African American men who represent a wide range of characteristics that we feel make them our “role model” father.

We do this – in large part- because the positive and productive images of African American fathers are so often left out of the media landscape that misperceptions abound along with the “deadbeat father” stigma.

This year, we are doing it a little differently.  We do want to recognize an exceptional father who continues to make quality time with his children a priority despite having the toughest job in the world.

President Barack Obama is our “Father of the Year” for Father’s Day 2012 because he not only maintains close ties with his daughters, Malia and Sasha, he also continues to make their growth and development a major aspect of his life.

Furthermore, he works in partnership with his wife, First Lady Michelle Obama, to whom he gives her due credit in their upbringing.

President Obama’s love for his girls is clearly exhibited and despite the world watching, he always makes it clear that when he is with them, his focus is on their needs.

We salute President Obama who does “lead by example” when it comes to fatherhood.

Also, we wanted to share with President Obama some questions and/or concerns from other African American fathers who face many of the unfortunate labels and stigmas that keep them from being with their children or only getting limited time, but steep child support costs.

For them, Father’s Day 2012 is not a happy occasion, just another reminder of what they are missing not because they have abandoned their children.

It is because the system has failed them.   We asked, if given the opportunity to meet our “Father of the Year” President Obama, what would you say to him or ask him as it pertains to the plight of African American fathers?

The questions that our fathers posed were focused mainly on misperceptions about them in the media and what can hard-working “brothers” do to turn the tide of negative publicity about them?

How can the role of fatherhood and the positive accomplishments that Black fathers have made in their homes, their communities and their country receive the same, if not more coverage, versus the other side of the spectrum?

Like the saying, “If it has to be, let it begin with me.”

We have a father to spotlight for Father’s Day 2012. In East Orange, N.J., Paul Hayes, Sr. was recently recognized by the local community for his efforts in bringing together local teenagers and not only coaching them in basketball, but also about life.

He and his wife Hattie were honored by his “guys” for helping to shape their lives and careers by taking the time to teach them about being a “team player” and being men.

Elected officials, judges, community leaders and entrepreneurs all credited “Coach” Hayes with exposing them to life and how to be productive citizens.

When his own son, Tione V. Hayes passed away from complications with diabetes, Paul and Hattie established a foundation in Tione’s name to call attention to this disease and ways to live a healthy life with it.

Hayes will be inducted into the Winston-Salem State University C.E. “Big House” Gaines Hall of Fame as part of its Class of 2012 in August.

Hayes, alum of WSSU, is helping to raise funds for the Hall of Fame and is a staunch supporter of HBCUs and their role in developing character.

Supporting the movement to promote exceptional and proactive Black fathers is the gift that can keep benefitting the community.