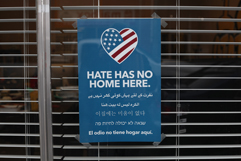 Charlottesville, Va. Police Chief RaShall Brackney said that the city would not tolerate hate or racism.

Charlottesville, Va. Back in News for All the Wrong Reasons

Charlottesville, Va. has made its way back into the national news for all of the wrong reasons.

The city has remained on high alert after a racist attack that killed one person, Heather Heyer, 32, and injured 35 other people protesting a White nationalist march called Unite the Right, in 2017.

A 17-year-old man got arrested for making threats to cause bodily harm and injury to students at Charlottesville High School although he is not a student at the high school.

A threat to commit bodily harm to people on school property is a felony, while harassment by computer is a misdemeanor.

“The safety of our students and staff was the top priority for the department, the city and the school district,” said Police Chief RaShall Brackney.

In a statement, the school district said, “We do not tolerate hate or racism. The entire staff and school board stand in solidarity with our students of color—and with people who have been singled out for reasons such as religion or ethnicity or sexual identity in other vile threats made across the country or around the world.”

According to CNN, “In August 2017, White nationalists, neo-Nazis and other far-right protestors demonstrated against plans to remove a Confederate monument from a city park, an outpouring that led to fighting and the death of a counter protestor.

“James Alex Fields, 21, drove a car into a crowd protesting the White nationalist rally. In December, he was convicted of first-degree murder in the death of Heather Heyer.”

Brackney went on to say that Charlottesville, Va. would stand up against hate and violence.

She added, “And in Charlottesville and around the globe, we stand firmly in stating: There are not ‘very fine people’ on both sides of the issue.”

Charlottesville Schools Superintendent Rosa Atkins said that the threat caused fear and that counselors are preparing the best ways to handle the students upon their return to school.

“Since August 2017, our community has made a good-faith effort to have these difficult conversations about race and equity, and build trust and relationships in our school system and in our community,” Atkins said. “And this comment attempted, although it failed, to undermine our efforts, and our community.”

Meanwhile, Fields, the man found guilty in the automobile attack and killings in 2017 pleaded guilty to federal charges on Wednesday, March 27.

Fields, a native of Ohio, pleaded guilty to 29 of 30 counts in his federal indictment as a part of deal that spares him the death penalty.

Admitting to hate crimes, one for Heyer’s death and 28 other hate crimes, represents a monumental shift in Fields’ defense because he initially said he sped through the crowd because he feared for his safety.

“This is not the face of someone who is scared,” a Virginia state prosecutor said at the time of Fields’ state trial. “This is the face of anger, of hatred. It’s the face of malice.”

Heyer’s mother Susan Bro seemed pleased with the outcome of the federal case against Fields.

“There’s no point in killing him,” Bro said. “It would not bring back Heather.

“It’s a relief to think we don’t have to go through another trial. It was exhausting the first time. I can get on with my life, and the other victims can, too.”

In December 2018, Fields was convicted of killing Heyer and other charges related to the deadly incident at the 2017 White nationalist rally in Charlottesville, Va.

The indictment on federal charges against Fields came down in June 2018.

Those federal charges could have brought the death penalty if Fields did not reach a deal.

In his state trial, the Charlottesville Circuit Court jury recommends a life prison sentence for Fields.

Initially, Fields’ state sentence was supposed to be handed down this week.

However, his sentencing in the state case was postponed until July.

The incident that led to Fields plowing into a crowd of counter protestors at the White nationalist march changed the perception of Charlottesville, Va. in the eyes of many around the country.

Long known as a progressive Southern town, the image that many people have of the city now is one of racism and bigotry.

According to the New York Times, “Since hordes of people with guns, swastikas and Confederate flags descended on the city, in a rally that featured beatings, brawls and a car that plowed into a crowd of anti-racist counter protestors, killing one of them, the people of Charlottesville have seen a drastic overhaul of the city’s leadership and engaged in conversations about what kind of city Charlottesville is going to be.”