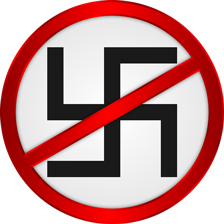 Many evangelical Christians believe racism and White supremacy can only be eradicated spiritually.

After the violent turmoil that erupted at a White supremacists rally in Charlottesville, Va. on Aug. 12, many people have discussed race relations in America and what it would take to rid this country of racism or significantly reduce it.

Some believe that racism is taught and passed down from generation to generation.

Some people believe that President Donald Trump has caused more divineness between the races with some of his rhetoric.  While some even blamed former President Barack Obama for a possible decay in race relations because of identity politics.

However, many Christian leaders believe that racism and White supremacy is Satanic and sinful and can only be eradicated spiritually.

“Really, this boils down to evil in people’s hearts,” evangelist Franklin Graham wrote in a Facebook post.  “Satan is behind it all.  He wants division, he wants unrest, he wants violence and hatred.  He’s the enemy of peace and unity.”

Evangelical theologian Russell Moore went even further with his ridicule of White supremacy.

Moore went on to say that all nations come from the same origins and that Jesus Christ wanted His church to unite people all around the globe.  Therefore, White supremacy and racism is contradictory to the teachings of Jesus Christ.

Former Charisma Magazine publisher J. Lee Grady stated that the White supremacists should cause Christians to pause because their teachings of separation and superiority are thought to be done in the name of Jesus Christ.

Despite many evangelical Christians condemning White supremacy, many believe the church should do more to combat racism.

In a Los Angeles Times op-ed Randall Balmer wrote, “To my knowledge, only one member of the president’s 25-person Evangelical Advisory Board, A.R. Bernard of Brooklyn’s Christian Cultural Center, has stepped down—and that was several days after Trump’s equivocation.

“By way of contrast, several business executives immediately resigned from economic advisory boards in protest against Trump’s equivocation.  What does it tell us when businessmen demonstrate a greater moral resolve than ministers?”

Joshua DuBois of The Daily Beast believes that fear is preventing many White and even Latino evangelical ministers from speaking out, even though he believes all evangelicals should speak out against racism and White supremacy.

DuBois wrote, “These evangelical pastors and Christian activists, authors, and leaders are fearful.  They are fearful of sanction from congregations where people in the pews may have voted for a morally problematic candidate because they did not like the alternatives.  They’re fearful of losing their platforms, book sales, positions if they stray too far.

“They’re fearful of having their club membership revoked.  But as they stand in fear they are also slowly ceding moral authority.  They stand while the nation—even the world—simmers and threatens to burn.”

If DuBois’ assessment of many evangelicals fearing reproach for speaking out against White supremacy is true, then looking at the Bible might give them the strength to overcome those fears.

2 Timothy 1:7 stated, “For God has not given us a spirit of fear, but of power and of love and of a sound mind.”

That love is definitely needed in a time of such racial tension.