Black Clergy Should Return to Days of Serving Their Communities 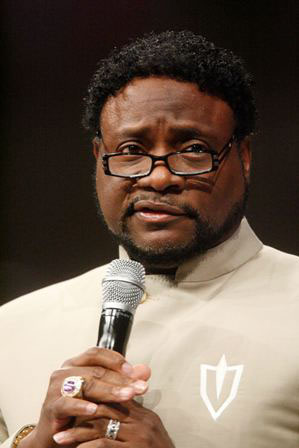 The Eddie Long scandal has tarnished the image of preachers for many church-goers (John Amis, Pool/AP Photo).

Black Clergy: Taking the High Road or Taking a Hike on Social Reform?

Every Sunday (and for some folks it is every Saturday), millions of people put on their “Sunday best” and pack the pews, padded seats, folding chairs and rough hewn benches of facilities nationwide that constitute their places of spiritual worship.

While religion is practiced the world over, the connection for Black people to their church and the Black clergy who run them, seems to surpass all others, thus the role of Black preachers themselves has also followed that exalted path.

“Our culture has changed. Blacks have surpassed being an ethnic group, we are a whole cultural dynamic and what we always had in common was the church,” states Elene Patton, Co-Director, Primary Education, Davis Park Church of Christ.  “Black clergy today not only have to preach the gospel, but they have to ‘perform’ for the attendees.”

Unfortunately, there are many Black clergy who have abused their positions as one of God’s messengers here on earth to the detriment of the parishioners who put their faith more in the messenger and less on the message.

Many practicing today seem to have lost their mission and instead of taking their communities higher, they have simply taken them for granted.

Despite the dangers associated with acquiring knowledge, biblical teachings became the infrastructure for Black families, particularly during slavery, and over time the Black clergy became the highly exalted spokesperson.  The founding fathers of religious denominations that grew out of discrimination and ostracism brought forth community-focused churches and these ministers were not only great orators in their pulpits, but also significant advocates in their communities.

James Henrietta. who wrote Richard Allen and African-American Identity: A Black Ex-Slave in Early America’s White Society Preserves His Cultural Identity by Creating Separate Institutions, highlighted the success of Allen who was born a slave, but rose above his condition to not only became free, but also to become a tremendous influence on the church.

Allen and another Methodist pastor, Absalom Jones, decided to leave the main White Methodist church they had been a part of because of this treatment and they created an independent worship experience for African Americans.

Up from the shackles of slavery and through the Civil War, the Black clergy continued to make their mark on society and to lift their communities.

In New York’s well-known neighborhood of Harlem, another mighty man of God was forging a legacy into the 20th Century.  Adam Clayton Powell, Sr., who many may only know as the father of the late Congressman Adam Clayton Powell, Jr., laid his own ground work from his pulpit.

He was called to pastor Harlem’s historic Abyssinian Baptist Church in December 1908 and during his tenure, he not only increased the congregation to over 14,000 and directed the building of a new church, he was also involved with building one of the first community recreation centers in Harlem in the 1920s.

Adam Clayton Powell, Sr. was a founder of the National Urban League as well as an early leader in the NAACP.  His son, Adam Clayton Powell, Jr. succeeded him at the helm of Abyssinian and took his advocacy role to the halls of Congress (1945-67, 1969-71) where he sponsored landmark legislation that positively impact social welfare issues nationwide, but especially in hard hit urban communities such as Harlem. This legislation included a minimum wage act, anti-poverty acts and bills that provided federal aid to education.

There is a strong history between the Black clergy and social reform throughout American history and while a few other names come to mind, only Rev. Dr. Martin Luther King, Jr. has been recognized as the most visible global figure among the Black clergy who spoke not only truth to power from the pulpit, but added prayers to action in the community.

He spoke for the masses, but kept his focus on the daily struggles of his people.  He shunned the trappings that many of the Black clergy of today relish in while their parishioners struggle, but the legacy he left behind during his lifetime has fueled the hopes of millions around the world.

“There was a time when the Black clergy was the voice of the people and, as in the case of Rev. King, the victim of the violence associated with standing up for the rights of others. Unfortunately, many of the Black clergy who have been ‘called to preach’ have to come to the pulpit with a multimedia message, not social reform, and they look more like entertainers,” adds Patton.

“Even with this mindset, people still have high expectations about their ministers and less connection to the Word and when the ministers fall short, the consequences are steep.”

Most recently, Atlanta’s Bishop Eddie Long was brought up on charges of sexual misconduct that he and his legal team are hoping will be settled out of court through mediation.

Many of his parishioners continue to stand behind him while others have left the church and mirror the thoughts of many who wonder what this all means.

According to Dr. Wallace Best, Professor of Religion at Princeton who wrote Lessons from the Rev. Eddie Long Scandal: Some Historical Context  states, “If nothing else, the Bishop Long same-sex scandal has provided us with a crucial teaching and learning moment, and we must seize it. To my mind, one of the most important lessons is this: If your pastor drives a Bentley and wears a watch with a value equivalent to your annual salary, it is time for you to find another church. But the lessons go even deeper, cutting to the heart of Black church history and culture, particularly as it relates to issues of sex and sexuality.”

The Black community needs to return to understanding God’s word and redefining the role of the Black clergy as the messenger and not the new messiah.   Many are now asking questions of the Black clergy today and wondering who among them is really taking the high road for the people and who may need to take a hike.