Will Changes to Stop-and-Frisk Make Difference in Community? 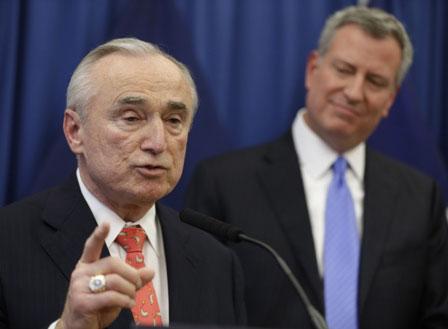 What is to come? Stop-and-Frisk Changing in New York

Last year, New York City’s stop-and-frisk policies became the center of national attention as reports disclosed that of the more than 190,000 people stopped-and-frisked in 2013, 56 percent were Black while the city’s racial makeup is only 17 percent Black.

“An analysis by the NYCLU revealed that innocent New Yorkers have been subjected to police stops and street interrogations more than 4 million times since 2002, and that Black and Latino communities continue to be the overwhelming target of these tactics,” according to the American Civil Liberties Union.

The discriminatory practices were brought to the state’s Supreme Court in the xx v. New York case and Judge Shira A. Scheindlin ruled that the stop-and-frisk practices of the NYPD were unconstitutional.

Rulings on the case went back and forth as former New York City Mayor Michael Bloomberg tried to push the case to completion before he was replaced by current Mayor Bill de Blasio.

While Bloomberg had appealed a judge’s ruling on the case in August, in January de Blasio announced he would settle the case by agreeing to reforms ordered by the judge.

“We’re here today to turn the page on one of the most divisive problems in our city,” de Blasio said at a news conference. “We believe in ending the overuse of stop-and-frisk that has unfairly targeted young African American and Latino men.”

These reforms include the appointment of a NYPD monitor who will consult on widespread reforms in training, supervision and on the street practices.

While these changes are promising for the Black community, they come after the appointment of Bill Bratton as New York’s police commissioner.

Bratton, who also headed up the NYPD from 1994 to 1996, is widely credited with creating the stop-and-frisk practices that he is now appointed to fix.

“New Yorkers should be wary of any premature celebrations or rhetoric that stop-and-frisk has been ‘solved’–like Bratton recently proclaimed,” said a representative of New Yorkers against Bratton, an ad hoc group comprised of parents, activists, and community members affected by NYPD abuse that formed after Bratton’ appointment .

While Bratton has said that the city’s stop-and-frisk issues have been solved, it remains to be seen if the quota system that fuels the discriminatory practices will be changed at all.

Furthermore, practices like “Clean Halls,” a NYPD tactic similar to stop-and-frisk, which consists of sweeping through entire public housing buildings to check for identification, have not been mentioned in the list of changes set to take place within the NYPD.