Do a search online and you will find a litany of lists that catalogue top Black men in America, the most influential Black men, modern male African American heroes, etc. The lists are endless with people who are most likely CEOs, celebrities, and sports figures.

In today’s age, it’s rare to see a scientist or an inventor on these lists.

This makes sense, as we live in the sensationalized E-age where the top influencers in the areas of science and electronics have names like Mark Zuckerberg, Steve Jobs, and Bill Gates.

It’s hard to believe that there isn’t one Black man who is rocking the boat in the various fields of science, mechanics or space exploration. Of course there is, he just isn’t sensationalized.

But pop culture doesn’t seem to be interested in areas of science anymore.

Modern African American heroes have staked a claim in the entertainment and sports industry, many of them beginning as common street hustlers.

Others have chosen to become part of the less than one percent of Black CEOs who run Fortune 500 companies.

In all fairness to the grain of our society, it’s reasonable to call these individuals invisible African American heroes because after all, these people didn’t have a big name machine to back them like Rockefeller or Kennedy.  And no one really cares about the Generation X-er named Earl S. Bell who invented the slide skin seat.

Yeah, the ergonomic chair that has switchable upholstery – a Black guy did that.

Society immortalizes people we can relate to, so we create visible African American heroes like President Barack Obama.  He is the first Black president of a country that arguably still sees the Black race as less than.

Sean “Diddy” Combs began as a small intern in an billion dollar industry he now dominates.  There’s still hope for all you interns.

Robert Johnson created a television network exclusively for the Black culture.  Where would we be without our BET Awards?

Michael Jordan went down as the greatest basketball player in the history of the game.  Yet, these few African American heroes all have one thing in common – they are visible, sensationalized Black men.

Since we have deemed ourselves to be subjective and biased authorities in choosing role models we only relate to; what about those invisible African American heroes who are just like us and are creating ripples so deep in the annals of history that it will be a tragedy to not know their names? 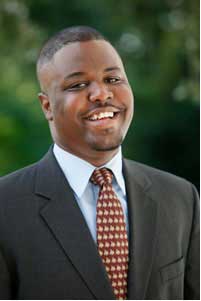 Take a look at THE FAMILY MAN: Kenneth Bordelon, a 31-year-old master of Public Administration who’s been married for over five years to his beautiful wife, LaShonda Bordelon.

What’s unique about that?   He’s a Black man who married his sweetheart before he finished his Bachelor’s and Master’s, while having five kids in the process?  Bordelon did this against the grain of his demographic, and is still lovingly married to his wife with baby number six on the way.

Bordelon placed himself above the rest by redefining manhood for his generation.  But seriously, who does that with a healthy social life?  He said no one he knows.  In a candid response, he admitted that he is at times lonely because he hasn’t found anyone his age he can relate to.

Nevertheless, he remains inspired by his faith in God, his love toward his wife and his purpose in life.  Everything links seamlessly together.

He is an ordained minister in his church and has a special talent to mentor and encourage.  His job is legendary.  He primarily recruits high school kids into college.

Students have to show him they are worthy to attend school because he’s the guy that writes the yea or nay on admissions letter.  Bordelon uses his position to hammer home the importance of education, intellect and communication. 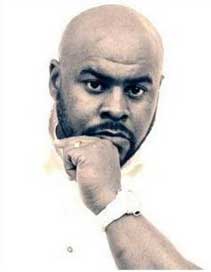 The MENTOR: Andre Barnes, along with a group of Black male chaperones fly the Texas Woman’s Empowerment Foundation (TWEF) Eagle Scholar kids up to Washington, D.C. every year to learn about African American political history.  Can we say bravo Mr. Barnes?

For the past three years since his involvement with TWEF, Barnes has revitalized the TWEF Eagle Scholars Program with his A to Z success practice applications.

He teaches the children everything from hygiene, to behavioral skills, to money management.

Every week he brings a different entrepreneur in to give the scholars real life application in business, people and leadership skills.

The Washington, D.C. trip is an educational trip to give the children a front row seat to the operations of our nation’s government.

Every year, TWEF connects various senators, congressmen and government staff with the children to speak to them one-on-one about the different operation capacities in government.

They visit the MLK Memorial and other monuments that represent their Black American history.

Barnes believes in bringing the average kid to good, from good to great, and from great to phenomenal. Every opportunity is a step toward success. 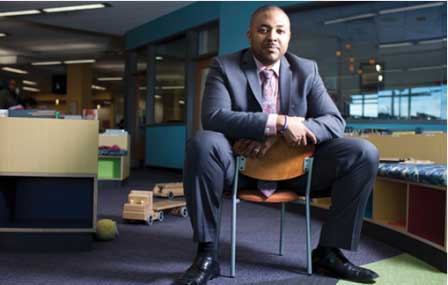 The CEO: Kaleem Caire barely graduated high school with a 1.5 GPA before accepting his calling 10 years later as the country’s most diversified non-profit CEO.  He is one of only four Black male CEOs in Madison, Wis. – the second largest city in the entire state.

His old mentor, LaMarr Billups called him up in Washington, D.C. and offered him the position of CEO for the Urban League of Greater Madison (ULGM).  He was stunned over the fact that Billups actually thought he would move back to his hometown of Madison, Wis.  Not only was Caire not interested in ever getting another “job,” he was building a school in Washington, D.C.

But Billups said that he was the only man he knew who could take the ULGM where it needed to go.  The organization needed a fearless hometown leader who knew how to maneuver through the city and cultivate people to compete in today’s market and economy.

Caire fears no one but God.  He believes in treating everyone with respect and doing things on purpose.  Whatever happens; happens.  He bars none!

Since his appointment as president and CEO in March 2010, he has set a remarkable precedent – that a historically Black organization can create diversity that reaches deep, from the board on down.

Arguably, Caire has crafted the most diversified Urban League in the country by removing every excuse that the dominant race has ever proposed.

It’s not clear whether he set out to accomplish such a feat, but he did hire people who didn’t fit the mold.

He implemented open budgeting to show people how to analyze financial reports and make business decisions.

He placed minorities on various boards, on the covers of magazines and in key positions in the community.  He even partnered up with other big businesses and CEOs to create a CEO training program.

If diversity isn’t a long-term goal for Caire, it is definitely an immediate must.  He holds an annual Diversity Summit for other businesses to come in and learn how to execute diversity building strategies.

They even got the attention of the Wall Street Journal who highlighted them for attracting Spi Global – an international Business Process Outsourcing (BPO) that opened up a call center in Madison because of ULGM’s diversity push. 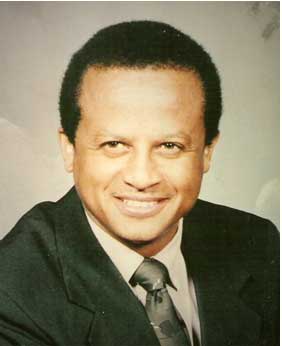 The MEDIA MAN: Elijah Mondy got shot on April 29 around 1 A.M. when he and his wife pulled over to help a man lying in the middle of the road.  After they stopped, three other unidentified men came from behind the bushes in an attempt to rob them of their vehicle.  As soon as his wife saw the men she sped away and Mondy was shot in the chest.

During his recovery, he reportedly stated that God allowed him to live because he was obedient to the Good Samaritan principle taught by Jesus in the Gospel of Luke.  Mondy has no regrets and would do it again for the sake of his faith and belief in God.

It seems that for over 30 years in the broadcast media industry, Mondy’s moral barometer has rested on biblical principles.

It was his desire to deliver gospel music to the masses that led him to become one of the few Black men in American to acquire, not one, but three radio stations around the country – KJIW-FM in Helena-West Helena, Ark., KCAT-AM in Pine Bluff, Ark., and WJIW-FM in Greenville, Miss.

As a product of the 1960s, Mondy is old school to the marrow.

His home is full with nine children (from his one and only, current wife Belinda) who are all a part of the family media business, except his 7-year-old baby girl.

He is unapologetic in expressing his opinion when it comes to pop culture today.  He is disturbed by our African American legacy, pointing to how the NAACP Image Awards promotes images that are less than the dignity of Black people (i.e. half naked women who exploit their own female sexuality for a paycheck).

He said that the NAACP owes CBS an apology for boycotting the 1960s hit sitcom “Amos ‘n’ Andy,” citing gross offense to the perception of Black people 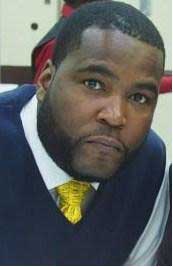 The PSYCHOLOGIST: Umar Johnson, known as the Prince of Pan-Africanism is a direct descendant of the great abolitionist and American social reformer Frederick Douglass.

He is dedicating his life to the regeneration of young African American boys.  He declares that there is a war against young Black men because of the disproportionate educational system that is designed to cripple their intellect.


Over the years, there have been an increased number of young men in the school system who have been diagnosed with Conduct Disorder, ADHD, and Oppositional Defiant Disorder.

Very plainly he states that these disorders have been fabricated by the powers that be to marginalize the Black race, to limit their voice and to capitalize off mental handicaps.

These handicaps, which are socially-constructed labels, have become synonymous with the troublesome young Black male dropout.

Johnson is an authority on creating paradigms to correct the behavior of young Black men.

His ultimate goal is to change the stigma and thinking errors of Black culture so that future generations can recognize their own authority apart from a geo-political system that does not inherently belong to the Black race.

A more in depth description about his ideas is found in Psycho-Academic Holocaust:

The Special Education and ADHD Wars Against Black Boys.