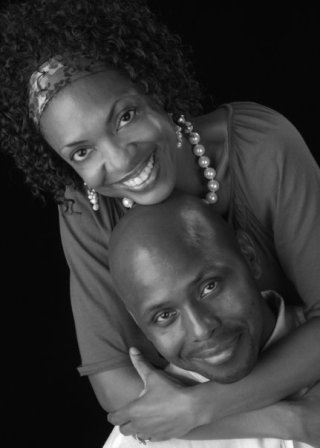 Christopher Walls epitomizes the term “man of fortitude.”  Growing up on the northeast side of Houston, Walls was the typical adolescent male.

He excelled on the gridiron and baseball diamond for Smiley High School, accepting a full football scholarship to play defensive end for the University of Missouri Tigers in 1991.

Shining on the football field and classroom at Mizzou provided many temptations for college athletes like Walls, from women to partying to alcohol.

However, being raised in a devoutly Christian home, yielding to those temptations never provided fulfillment for Walls.  That fulfillment was found when Walls found Jesus Christ and accepted Him as his personal Lord and Savior.

Nevertheless, finding Christ for himself was not enough for Walls, so he dedicated his life to serving others while serving the Lord.

For his work in the community, Regal Magazine, in partnership with the producers of the film Snitch, is honored to name Walls as our 2013 Man of Fortitude.

In Snitch, John played by Dwayne “The Rock” Johnson, goes to no limit to save his son from a dead-end life of incarceration and provide him with the hope of a brighter tomorrow.

Like all fathers, John is not perfect.  A successful trucking company and a failed first marriage means that he is not as physically active in his son Jason’s life as he wants to be.

Although providing financially for his son and first wife, not being a daily presence in Jason’s life leads to improper influences infiltrating his son’s psyche and leading him down a path of destruction.

Nevertheless, after Jason hits rock bottom, John is determined to make a positive impact in Jason’s life, even if it kills him.

Walls is just as dedicated to his two sons and daughter and to the entire Columbia, Mo. community.

This man of fortitude is an ordained Elder in his local church, teaching leadership classes through the church’s Ministry Development Institute.  He also oversees the youth of the church (ages 2-18) as Youth Director.

In association with the Urban Development Ministry, the 39-year-old co-led the Silence the Violence March in Columbia in April 2012.  More than 800 people from the community joined the march to curb youth violence, which was held under the leadership of Bishop Lester Woods.  Walls was credited with being the “voice” of the anti-violence march.

In addition, Walls is often called upon to speak at Stephens College on a variety of issues from leadership, the entrepreneurial spirit, the economy and business culture.

Furthermore, along with his beloved wife Sheila Evans Walls, he co-founded Love Bond, Inc., which is dedicated to strengthening the ever-crumbling institution of marriage in our society.

Despite his dedication to the community, Walls has not lost his passion for sports.  However, his passions have just evolved to not only include the game, but to also include the young people playing the game.

Walls, who is employed as an Agency Field Consultant with State Farm Insurance, coaches amateur football, basketball and baseball, showcasing just as much passion for the children as the sports he once dominated growing up in Houston.

“Having coached my son in three different sports now, I am consistently amazed at Chris Walls’ gift for inspiring kids,” said Mark Brown.  “Of course Chris has very strong sports knowledge and a knack of breaking sports fundamentals down into understandable bites for kids.  As far as I’m concerned, what sets him apart though is the level of passion he brings to whatever he does.  Kids can’t help but listen to him, learn, and then improve.  My son certainly has!”

That passion has led to improvement in the athletic ability of the children he coaches, as well as improvements in the community he serves.

And for that reason and many more, Chris Walls is Regal’s 2013 Man of Fortitude.  Thank you for all that you do!