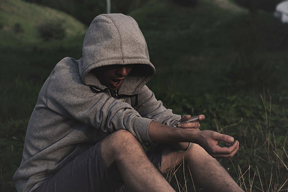 El Chapo was responsible for much of the drugs entering America from the southern border.

“Fourteen billion dollars will go a long way to secure our southern border and hinder the illegal flow of drugs, weapons and individuals. By leveraging any criminally forfeited assets of El Chapo and other murderous drug lords, we can offset the cost of securing our border and make meaningful progress toward delivering on the promises made to the American people,” Sen. Ted Cruz (R-Texas) said last month.

With President Donald Trump still looking for funds to finance a wall along the United States and Mexico border, Sen. Cruz’s idea to fund the border wall with assets seized from Mexican drug lords might provide a way for politicians to keep the government open.

Cruz’s plan could also allow President Trump to follow through on one of his key campaign promises.

At RegalMag.com press time, Trump announced that he would sign the new budget and declare a national emergency to fund the border wall.

Now that notorious Mexican drug lord Joaquin Guzman Loera, better known as El Chapo, has received guilty verdicts on 10 criminal charges stemming from his billion dollar drug empire, using his fortune for Trump’s proposed wall might help secure the border without putting the burden solely on the citizens of the United States.

On Tuesday Cruz tweeted, “America’s justice system prevailed today in convicting Joaquin Guzman Loera, aka El Chapo, on all 10 counts. U.S. prosecutors are seeking $14 billion in drug profits & other assets from El Chapo which should go towards funding our wall to #SecuretheBorder…

“It’s time to pass my EL CHAPO Act. I urge my Senate colleagues to take swift action on this crucial legislation.”

Cruz’s Ensuring Lawful Collection of Hidden Assets to Provide Order (EL CHAPO) Act would redirect assets seized from Guzman’s illicit drug profits, and profits from other drug kingpins, and use the money for border security, including Trump’s planned border wall.

The United States is trying to seize Guzman’s assets, which many estimates show hovers in the neighborhood of $14 billion.

Trump wants $5.7 billion for his wall along the Mexican and American borders.

Despite the president’s desire for a border wall, many of his critics think the wall is more of a vanity project than a deterrent for drug traffickers.

Many cartel members and leaders use underground tunnels, submarines, and trucks through border checkpoints to get drugs into the United States.

El Chapo’s convictions cap a three-month trial in which jurors remained anonymous out of fear of retribution from Guzman’s Sinaloa drug cartel.

Guzman once infamously promised that he would not murder the jurors.

For decades, the Sinaloa cartel distributed tons of drugs across the Mexico-United States border, leashing out vicious violence against anyone or anything in its path.

El Chapo not only developed a mythical reputation for his profits from illegal drugs and his treacherous violence, but also for his daring escapes, which now possibly become more difficult in a Supermax American federal prison.

The federal prison that might house El Chapo has the nickname, “Alcatraz of the Rockies” and people have described the prison as a “high-tech version of hell.”

Although federal authorities have not said where Guzman will serve his sentence, U.S. Attorney Richard Donoghue said Guzman faces “a sentence from which there is no escape or return.”

No prisoner has ever escaped the “Alcatraz of the Rockies.”

The prison has razor wire fencing, gun towers with snipers, armed patrols and attack dogs ready to strike at any threat.

USA Today reports that, “It makes sense that a drug lord who’s already escaped two high-security Mexican prisons would be sent there. In 2001, Guzman bribed his way out of prison in a laundry basket. In 2015, he escaped out of another penitentiary in a movie-style jail break: crawling into a hatch beneath his shower and hopping on a waiting motorcycle through a tunnel dug underground.”

If El Chapo goes to the “Alcatraz of the Rockies,” he will spend 23 hours per day in solitary confinement.

The cells have dimensions of 12-by-7 feet, consisting of concrete with a small window.

Architects designed the prison cells so that the inmates cannot see the sky.

The wires around the facility have that feature so helicopters cannot land on the facilities.

The design of the cells makes it difficult for prisoners to have much contact with other inmates or the outside world.

An hour of outside time for inmates sometimes consists of an hour restrained inside of a cage not much bigger than their cells.

“The closest human contact you could get was what we called ‘finger handshakes’ through the fence,” said Travis Dusenbury, who spent 10 years behind bars at the “Alcatraz of the Rockies.”

El Chapo’s infamy definitely rivals that of his new neighbors.

Furthermore, the drugs he sold led many to the “black hole of addiction,” according to Donoghue, the United States attorney for the Eastern District of New York.

He called the verdict a victory for law enforcement and for Mexico.

“There are those who say the war on drugs is not worth fighting,” Donoghue said. “Those people are wrong.”

Guzman and his lawyers expected a guilty verdict from the beginning.

“I’ve never faced a case with so many cooperating witnesses and so much evidence,” said Jeffrey Lichtman, one of Guzman’s attorneys. “We did all we could as defense lawyers.”

A. Eduardo Balarezo, another Guzman attorney, added, “When he came here he was already presumed guilty by everyone, unfortunately. We weren’t just fighting evidence, we were fighting perception.”