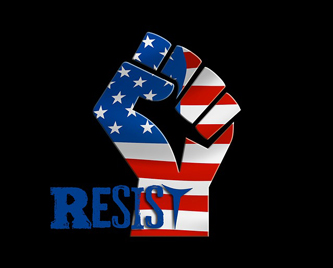 North Carolina will hold another election for a House race after voter fraud discovered.

Election Do Over in North Carolina

North Carolina will hold an election do over for the Ninth Congressional District (United States House of Representatives) after the Republican candidate received evidence that his campaign financed an illegal voter-turnout initiative.

The five-member Board of Elections voted unanimously for conducting another election, an embarrassing blow to the state’s Republican Party, after a saga that has continued since November 2018.

“It’s become clear to me that the public’s confidence in the Ninth District’s general election has been undermined to an extent that a new election is warranted,” said Mark Harris, the Republican candidate.

Testimony given in this controversy outlined how a political influencer created an absentee ballot scheme to push the election in Harris’ favor.

The North Carolina Ninth Congressional race is now the only undetermined House election from the 2018 voting cycle.

Robert Cordle, the state board’s chairman said, “It was certainly a tainted election” citing “the corruption, the absolute mess with absentee ballots.”

However, it was Harris’ success in Bladen County, which alarmed political scientists and experts.

On the witness stand, Harris denied any knowledge of the absentee voter scheme.

Dowless is known as the “guru of elections.”

However, Harris stumbled over questions while testifying about the voter scheme on the witness stand.

Many in the courtroom believe that Harris was deliberately misleading the board with his testimony.

When Harris returned to the courtroom after lunch recess, he asked to read a statement apologizing to the board and stating that because of recent medical issues, such as two strokes, his recall is not up to par and he has impaired abilities.

After that Harris asked for a new election, which was met with audible gasps by those in the courtroom.

The Ninth Congressional District in North Carolina includes parts of Charlotte, N.C. and runs through much of the southeastern portion of the state.

Hayes said the new election is needed “on behalf of the voters.”

Alan Blinder of the New York Times reported, “Witnesses this week have described an enterprise that was rife with misconduct, including the collection and completion of absentee ballots. Witnesses said that both actions, which are illegal in North Carolina, had occurred repeatedly.

“If Mr. Harris does run, he will almost certainly be seen from the start as a hobbled candidate. Even before allegations of fraud swamped his bid, Mr. Harris was far from a universally beloved figure in his party. A campaign for Senate in 2014 faltered. So too, did a run for the Ninth District’s House Seat in 2016.”

Harris’ narrow defeat in Bladen County in 2016 set the tone for the board’s decision to hold another election.

Text messages from March 2017 implicated Harris in the absentee voter scheme of 2018.

In a text message turned over to investigators on Wednesday, Harris said, “the guy whose absentee ballot project for Johnson could have put me in the US House this term, had I known, and had he been helping us,” to an ally in Bladen County.

The Johnson that Harris spoke of was Todd Johnson, one of Harris’ adversaries in 2016.

The guy who could have helped Harris was Dowless, a Bladen County political operative with a felony record who has a shady reputation of helping both Democratic and Republican candidates.

Alan Blinder of the New York Times reported, “In the first phase, Mr. Harris testified, Mr. Dowless and his associates would help voters submit requests for absentee ballots—an ordinary and legal political activity in North Carolina. In the second, workers would ensure that voters had received the ballots and would inquire whether they needed assistance.

“But under no circumstances, Mr. Harris was assured, were the workers to collect the ballots. Two weeks after the meeting, Mr. Harris pulled out his personal checkbook and paid a $450 retainer. The next month, before Mr. Harris entered the congressional race, he paid Mr. Dowless another $2,890.

Most of Dowless’ associates had no political affiliations.

They were only looking for some quick cash.

Dowless refused to testify in front of the board and has not been charged with any crimes.

Weeks after the election, the state opened up an investigation and refused to certify Harris as the winner.

That decision set up this week’s dramatic proceedings.

Kim Strach, the executive director of the state board, said the investigation discovered, “a coordinated, unlawful and substantially resourced absentee ballot scheme.”

She said that the scheme appeared to have cost tens of thousands of dollars.

Many of Dowless’ associates testified in the case, which many political scientists believe would have been enough for a new election.

However, it was an email from Harris’ son John Harris, a Justice Department lawyer, which got the most attention because of his weariness about Dowless’ operation.

The 29-year-old Justice Department lawyer wrote, “The key thing that I am fairly certain they do that is illegal is that they collected the completed absentee ballots and mail them all at once.”

Harris’ son John testified, “I love my dad, and I love my mom. I certainly have no vendetta against them, no family scores to settle. I think they made mistakes in this process, and they certainly did things differently then I would have done them.”

Soon, North Carolina voters in the Ninth District will be able to decide if they want to do things differently or stick with the election results of November 2018.