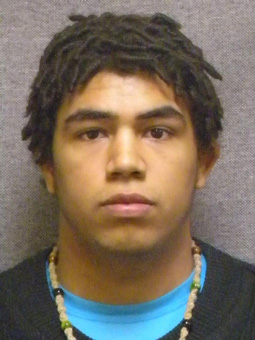 Bachelor parties usually are festive. Adult beverages and a certain kind of entertainment are to be expected, not tales of self-defense, death and the realities faced daily by police officers.

However, as one of my college classmates prepared to “jump the broom,” his brother, a Louisiana state trooper, told us stories about how he had to take a life or lives on the job.  His mentality was that he was going home to his wife and children that night, even if the victim did not.

According to CNN, Kenny responded to a call of a Black male “yelling and jumping in front of cars.”

Kenny went to an apartment building where the call came from, heard some commotion and entered.

Once inside, Robinson allegedly assaulted Kenny and the officer responded by firing his revolver, shooting Robinson.

“The real fear for any officer when he’s being attacked, generally speaking, is that their weapon will be taken away,” said James Palmer, executive director of the Wisconsin Professional Police Association.  “An unarmed individual can become armed very quickly.”

While that fear is totally understandable, it seems that officers have more resources nowadays to inflict pain without inflicting deadly force.

While the effectiveness of Tasers is up for debate, statistics show that aggressive police tactics do not lower crime or officer injury.

However, community policing has led to a decrease in crime.  In addition, some cities have lowered officer and suspect injury by using Tasers.

Possibly, that can be their modus operandi going forward, which could probably limit the killing of unarmed citizens, Black, White or otherwise.

Robinson’s family members have said that while he was not an angel, he was a good kid looking forward to enrolling in technical school before this incident.

“He was unarmed.  That’s going to make this all the more difficult for the investigators, the public, to accept, to understand…why deadly force had to be used,” said Madison Police Chief Mike Koval.

While many officers are understandably on edge because of the dangers of police work, statistics show that murder of police officers are very low throughout the country.

Radley Balko of “The Washington Post” wrote, “According to FBI statistics, 27 police officers were feloniously killed in 2013, the lowest raw number in more than 50 years.  (The previous low was 41 in 2008).”

However, in the aforementioned Dec. 5, 2014 article from “The Washington Post,” Balko predicted that 50 officers would likely be killed in 2014.

Nevertheless, “the number of cops killed on duty has been falling since the mid-1990s,” according to Balko’s article.

He also wrote that police use more force than in the past and that these tactics do not lead to a decrease in those crimes.  While crime has consistently decreased, crimes in which SWAT tactics are used such as drug offenses have shown no decrease.

“According to Eastern Kentucky University criminologist Peter Kraska, the number of annual SWAT deployments in the United States jumped more than 1,500 percent between the early 1980s and 2000.  Yet…60 to 80 percent of SWAT raids are to enforce warrants for drug crimes—and drug crimes are the one class of crime that hasn’t dropped since the 1990s,” Balko wrote.

Based on a study for the National Institute of Justice (NIJ), Philip Bulman wrote, “Use of both soft hand tactics and hard hand tactics (e.g. using kicks or punches to restrain a suspect) by officers more than doubled the odds of officer injury.  Hands-on tactics also increased the odds of injury to suspects, as did the use of canines.  Taser use, however, was associated with a reduction in the likelihood of both officer and suspect injury.”

Those findings were based on statistics from the Miami-Dade police department.

However, that same study by the NIJ found that Tasers did not have any effect on the number of officers injured in Richland County, S.C. or Seattle.

Despite the contrasting data from the Taser study, the NIJ found that when officers engaged physically with a suspect (i.e. hands and fists), they increased their own chances of being injured.

The data from the three police departments were compared with 12 other large law enforcement agencies to formulate the cumulative data.

The statistics notwithstanding, one unarmed citizen killed for no reason is one too many.

Likewise, one police officer murdered in the line of duty is also one too many.

Maybe both parties are reacting too quickly to police-citizen encounters and deescalating the situation would probably work better for all parties involved.