Mississippi Governor to Shut Down Unit 29 at Parchman Penitentiary 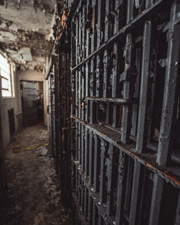 Many have labeled the inhumane conditions at some prisons unconstitutional.

Mississippi Governor Tate Reeves will shut down Unit 29 of the Mississippi State Penitentiary at Parchman, Miss. after nine inmates recently died at the unit.

Governor Reeves vowed to “turn the page” for Mississippi’s prison system after multiple inmates died within the past month.

Reeves said he recently visited the prison in Parchman where the prisoners died.

Some died by hanging while others died after altercations with other prisoners housed at Parchman.

Reeves said, “The problems were infuriating, there’s no excuse. We can do better.”

The prison announced the death of Joshua Norman on Sunday.

Reportedly, two other prisoners died from hanging as well.

Furthermore, two inmates died in gang-related violence, while another prisoner died after a fight with his own cellmate.

“Things are kind of surreal right now,” said Sunflower County Coroner Heather Burton. “Every time the phone rings at this point, it’s another one.”

On Monday, Reeves called Unit 29 “the most notorious unit” at Parchman while announcing he will shut down the unit.

However, there remain some logistical concerns as to how the shut down will take place.

One issue concerned problems in the kitchen area.

The kitchen had a missing soap dispenser.

Additionally, the kitchen had a stopped-up garbage disposal, food and milk with no expiration dates, a flytrap covered with flies and a leaky ceiling above the dishwasher.

Furthermore, the kitchen had food that needed disposal from a moldy, 75-degree cooler.

With the December 2019 resignation of Pelicia E. Hall, the former commissioner of the department, Reeves announced that a nationwide team of experts would search for Hall’s replacement.

Last month Hall said, “Since early March 2015, I have been focused on progressively moving the Mississippi Department of Corrections forward. While there have been many challenges, my administration has kept its focus on that goal.”

Before leaving her job for a private sector job, Hall had asked the state for $22.5 million in her fiscal budget for 2021 to repair Unit 29, which she said has “become unsafe for staff and inmates due to age and general deterioration.”

Employees got a three percent pay increase in July 2019.

However, Hall said Mississippi corrections officers are still the lowest in the country.

Many say that the low wages have contributed to the deaths because corrections officers refuse to break up violent altercations until a death has occurred.

More than two-dozen prisoners have sued thanks to help from rapper Yo Gotti and the philanthropic arm of Jay-Z’s Roc Nation, which has provided legal representation for the inmates.

Lawyers recently filed a motion for a protective order, which would allow an independent agency to run the daily operation of the prison.

Because of staffing shortages, some inmates said that they live in fear when housed with more violent criminals in the prison.

In a statement, Debra Graham, Registered Environmental Health Specialist and Registered Sanitarian, said, “sewage that has risen from the plumbing system into the living and eating quarters of the inmates poses a severe, irreparable and immediate threat to the inmates safety, health, and life.”

Graham added, “Risk of sewage of this type and degree has…serious and even lethal health risks.”

The initial lawsuit criticized the prison for increasing inmates, while it “drastically reduced its funding of prisons.”

The lawsuit stated, “These inhumane conditions are unconstitutional. The Eighth Amendment of the United States Constitution prohibits the infliction of cruel and unusual punishment and is violated when prison officials fail to protect against prison-related violence and when prison conditions fail to meet basic human needs.”

Hip-hop mogul James Prince of Rap-a-lot Records missed out on attending the Grammy Awards to protest prison conditions in Mississippi.

Prince basically called the people running these prisons members of the Ku Klux Klan for their treatment of prisoners.

The lawsuit, filed on behalf of 29 inmates, also states, “Plaintiffs’ lives are in peril. Individuals held in Mississippi’s prisons are dying because Mississippi has failed to fund its prisons, resulting in prisons where violence reigns because prisons are understaffed.”

Parchman has even had some recent problems with escapees from the prison.

Two escapees made it 100 miles away from Parchman before being brought back into custody.

Earlier this month, prison officials moved 379 inmates from Unit 29 to another section of Parchman, which “provided some relief to an overstressed system.”

Yo Gotti said, “Governor Reeves’ plan to close down a Parchman prison unit that has caused devastating deaths is a necessary first step. Beyond that, he must implement broader safety measures to address similar issues in other units and urgently provide inmates with medical attention. In the interim, we’re calling for the Department of Justice to step in, move the Parchman inmates to federal prisons and ensure their immediate well-being.”