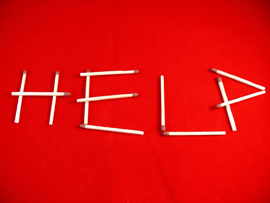 Seeking police help to stop Black people from barbecuing, sleeping or waiting on a meeting may soon result in a $500 fine in Grand Rapids, Mich.

Living while Black may no longer present life and death danger if a Grand Rapids, Mich. ordinance goes into effect in the near future.

Over the last couple of years, Black Americans have found themselves arrested and/or detained for several everyday occurrences like barbecuing in a public park, waiting for a meeting at a Starbucks or falling asleep in a common area of their college dormitory.

However, if the proposed ordinance passes in Grand Rapids, Mich., people who make bogus calls to 911 because of race, etc. could face a $500 fine.

Lawmakers will call the ordinance the “bias crime reporting prohibition.”

“A policy like this makes it so people have to think about whether their decision to call 911 is grounded in something significant,” explained Senita Lenear, the first Black American to serve as county commissioner in Grand Rapids, Mich.

“Our resources can’t be wasted on police addressing nonissues. You can’t ignore that people of color are the ones who have been victimized…That is a part of the pattern.”

The proposed ordinance would make it a criminal misdemeanor to racially profile someone and call 911 on someone for participating in their normal daily activities.

Last June, someone called the police on several Black people celebrating a graduation in a Grand Rapids, Mich. park.

The caller complained about the noise in the park in his/her complaint.

Last September, someone called the police in western Michigan complaining that they saw a Black teenager roaming a neighborhood with a gun.

“There are too many people calling police on people in the community who are just going about their business, like they did with my sons,” said Juanita Ligon, mother of the 11-year-old twin boys.

“My only concern is that police would use the ordinance to blame any wrong things they do in the community on the people who make the 911 calls.”

New York and Oregon have introduced ordinances similar to the ordinance proposed in Grand Rapids, Mich.

When Janelle Bynum, a Black state representative in Oregon, decided to go door-to-door while campaigning last year, residents called the police on her in her own legislative district.

A resident of the neighborhood said that Bynum looked “suspicious.”

Now Bynum, the only Black state legislator in Oregon, has backed a bill that would fine people $250 for calling the police on people for bogus reasons.

“I thought my incident was isolated and odd, but as time went on I realized, no it’s not,” said Bynum. “My goal has always been to spark a conversation on issues, especially in Oregon where people don’t have a great understanding of civil rights history.”

Although people can face charges for filing a false police report, sponsors of these #LivingWhileBlack ordinances hope that the additional financial punishment will make people really think about what they choose to call the cops for in the first place.

If a person can face fines for bogus calls, sponsors of this type of legislation hope that the financial punishment will present enough of a deterrent to stop the fake 911 calls.

“Police can charge a person for filing a false police report, but this puts more power in the hands of the person who has police called on them,” explained Jeremy DeRoo, executive director of Linc Up, a Grand Rapids, Mich. community development nonprofit organization.

Critics of such bills say that states already have false report punishments, police can easily determine if a crime has occurred when they show up at the scene and the fact that difficulties may arise when determining whether the 911 caller had a racial motive.

“We don’t want to thwart people from calling when they think there is something suspicious in their neighborhood,” said Ronal Serpas, a professor of criminal justice at Loyola University in New Orleans. “But we don’t want it to be a racial proxy. We can do both. Whether we need new laws, I don’t know.”

Grand Rapids wants to include the “bias crime reporting prohibition” into a large human rights ordinance.

The other amendments to the human rights ordinance will also include “expanded protected class definitions, identifying four primary potential areas of discrimination and an outline of the referral and compliance process.”

Local leaders pushed back a vote on the new ordinance to give more residents an opportunity to voice their opinion.

“It is good that we as a community value leaving people alone and letting them live their lives without fear of discrimination, but we already have laws saying it’s illegal to discriminate based on their class, and to create additional redundant legislation does nothing,” said Grand Rapids, Mich. resident, Joshua.

Nevertheless, leaders like DeRoo think that the proposed ordinance can do a lot towards curbing racial profiling.

DeRoo said, “We in the community have had various conversations over the last few years about disparities that exist in Grand Rapids…The human rights ordinance provides the infrastructure so that all these issues have a backbone supporting and addressing them. It creates a way to address a broad range of problems and to correct them.

“Often times, the Grand Rapids Police Department ends up being caught in the middle of what is a bigger community problem,” DeRoo added. “They look bad because they approach individuals who are people of color, and it appears the police department is biased when really they’re responding to phone calls made by the community and it appears that a number of those are motivated by people in a discriminatory way.”