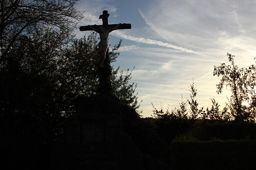 The evangelical Christian community has become more involved in politics as a result of super PACs.

On Oct. 22, Black Church PAC endorsed 15 political candidates on the national, state and local levels in anticipation of the midterm elections on Nov. 6.

Monday’s announcement marked the very first time that the group has ever endorsed particular political candidates.

“For over 300 years, Black religious institutions and churches have been a moral force in our communities by promoting justice and freedom,” said Pastor Michael McBride, Chairman of the Black Church PAC. “These candidates we are endorsing best represent our values and are aligned with our righteous platform t0 reduce gun violence, end mass criminalization and protect our rights to vote.”

New Nation Rising created Black Church PAC as a way of providing the Black faith community with a means of supporting political candidates throughout the election cycle and not just on the Sunday before elections.

Since the month of July, the group has registered, educated and helped mobilize voters throughout the Black Christian community, including congregations from all five major Christian denominations, through the Righteous Vote initiative.

The initiative has included teaching church leaders to use election software tools, helping to register new voters, hosting candidate forums, hosting forums on issues important to the community, participating in phone banks and canvassing neighborhoods around their houses of worship.

According to the New Nation Rising website NNRPAC.org, “The Black Church PAC is the answer to injustice system run rampant. A strategic and data-driven initiative by movement, millennial and faith leaders to stand by progressive-righteous candidates, effectively support their elections, and hold them accountable to the interests of our local communities, values and justice.”

Although Christianity represents, or should represent, one belief system, Black evangelicals and White evangelicals often vote differently on various issues.

When many political pundits hear the word evangelical, that stereotypically means conservative, White and Republican.

A large majority of African-American voters (76 percent) in Alabama identify themselves as evangelical Christians or born again Christians.

Jones won the outright election though.

African-American evangelical voters in Alabama listed issues such as mass incarceration, the struggling state education system and discrimination as the most important issues for their community.

On the contrary, White evangelical voters listed things as abortion rights and LGBT rights as the most pressing issues of the day.

For Alabama’s African-American Christian community, voting for a candidate like Moore, who to them sounded like President Donald Trump, was out of the question because President Trump’s “Make America Great Again” slogan takes them back to an era in which the state of Alabama and the country as a whole was not that great to them.

Essentially, the African-American evangelical Christian community placed race over religion during the 2017 elections.

While Alabama’s African-American voters did not like the allegations that Moore harassed teenage girls when he was in his 30s, polls showed that they liked the fact that Jones was the lead prosecutor in a case against Ku Klux Klan members involved in the bombing of Birmingham, Ala.’s 16th Street Baptist Church approximately 50 years ago even more.

Rev. Marvin Lue, Jr. of Stewart Memorial CME Church in Mobile, Ala. said last year, “We need to show the world that we as people of color have a voice, that this is the place that birthed the dream” of the late Rev. Martin Luther Kings, Jr.

While African-American evangelicals like the Black Church PAC often focus on civil rights for people of color, many White evangelical super PACs focus on more of the controversial social issues of the day.

David Barton who led the super PAC, Keep the Promise, which supported Sen. Cruz’ 2016 bid for the White House has been described as staunchly anti-abortion, anti-gay marriage, pro-Second Amendment as well as pro-free market.

Barton, who once called former President Barack Obama “the most biblically hostile president in U.S. history, has said that Jesus Christ is against capital gains taxes, the estate tax as well as the minimum wage.

The conservative political activist, who was once dubbed “the most influential evangelical you’ve never heard of” by NPR also has a company called Wallbuilders that is based in Aledo, Texas, which encourages government officials to enact policies that “reflect Biblical values” and encourages Christians to become involved in politics and government.

The dilemma is what Christians is he talking about?

The Black Church PAC and other African-American evangelicals show that the Christian voice in politics is as diverse and varied as any other voting group in the country.