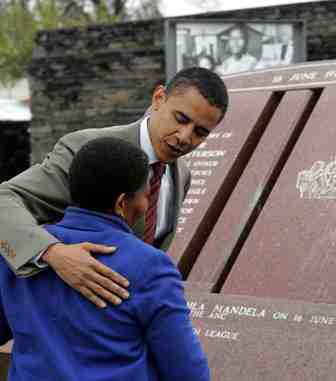 January 20, 2009 will be one of those days in American history that the African American community will always remember—the day Barack Hussein Obama was sworn in as the 44th president of the United States of America. The world watched as the 47-year-old man placed his hand on the same burgundy velvet-colored Holy Bible that Abraham Lincoln used when he pledged to “Preserve, protect, and defend the constitution” of a country that was about to be at war against itself. President Obama requested the Lincoln Bible, which his wife, now First Lady Michelle Obama, held as their two daughters stood by. The next day, the first-family woke up in a White House that was partially built by slaves who almost certainly did not conceive that one day the home would be occupied by the son of an African man and a White American woman.

In his inaugural address, President Obama acknowledged the tremendous challenges the country faces, including figuring out ways to begin to repair the housing market, a declining economy, job loss, and managing two wars. A lot of responsibilities rest on his shoulders, including one that is not often discussed in public and that is how might the president’s life serve as an example of what can happen for those in the African American community who choose to do well in school, have a professional dream and do what is necessary to accomplish it, stays out of legal trouble, and demonstrates a personal reproductive responsibility.

“President Obama is a high-profile example of what we can achieve. Both he and his wife, also an attorney, give us new reasons to say to kids in confidence that ‘yes, you can,’ become whatever you want to be with hard work, dedication, and education.” said Judson Robinson, III, President and CEO of the Houston Area Urban League. He says the election of Mr. Obama does not lessen his organization’s mission to champion social and economic equality in the African American community, but it reinvigorates it.  “We have many programs and outreach efforts to mentor young people on setting goals, mentoring them on how to go about achieving those goals, and why it’s important to make good decisions and avoid the things that can impede their success, such as alcohol, drugs, and gangs,” said Robinson. “When African American adults who have achieved a measure of success take the time to share what they have learned with young people, we believe there’s little excuse for not meeting your Godly objectives.”

Robinson, whose father was the first in the African American community elected to Houston City Council in 1971, said he is excited to see how President Obama will lead America’s recovery, but he is just as enthusiastic about the organization’s efforts to serve more young people. Just a couple of weeks before the inauguration of the first African American as president, Robinson was leaving the opening of a business that tutors kids preparing for their SATs when he looked outside. “I saw a young man who was walking down the street wearing pants that sagged so much that he had to walk with his legs almost wide open to keep his pants from falling,” he said. “This is what gets me going every day on this job. I want to get our young people back. Talk to them about their image, what influences some of the things they are doing, and what messages about themselves they may be sending out without even knowing it.”   Robinson hopes that the new president will provide a new image and serve as a role model for all in the African American community to emulate.

Mitchell is a contributing writer for Regal Black Mens Magazine.