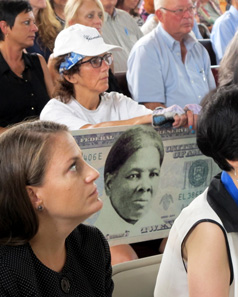 Five to Consider for the $5 Bill

Now the word is that civil rights leaders will soon adorn the back of the $5 bill.

With that possibility, RegalMag.com wants to recommend five people, some iconic and some not as iconic, for consideration.

Regardless, the decision is one that will be a no-lose situation.

James Lawson—Civil rights leader who introduced the Gandhian techniques of nonviolence to many civil rights leaders in the 1960s; was a mentor to the Nashville Student Movement and the Student Nonviolent Coordinating Committee (SNCC)