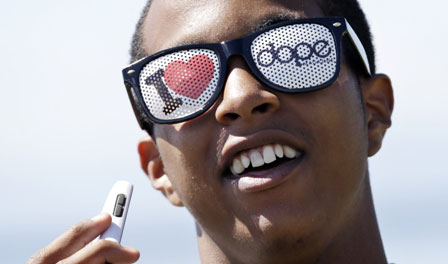 Legalization of Recreational Use May Help Discriminated Black Men

Earlier this month, the University of South Carolina released a study that reported half of Black men in the United States have been arrested by the time they turn 23-years-old.

“A problem is that many males – especially Black males – are navigating the transition from youth to adulthood with the baggage and difficulties from contact with the criminal justice system,” stated Robert Brame, a criminology professor at the University of South Carolina and lead author of the study.

In 2013, the legalization of marijuana was at the heart of the national conversation around the criminalization and arrests of large numbers of young men.

Across the country, medical marijuana dispensaries were approved and opened by local officials.

While marijuana is still illegal on a federal level, in the past few years many states, including New York, Massachusetts and California, decriminalized possession of small amounts of marijuana, replacing criminal arrests with fines for possession.

Then on Jan. 1 of this year, Colorado and Washington were the first states to implement the legalization of marijuana for recreational purposes.

The legalization of marijuana includes a system for taxing and regulating marijuana, which analysts have speculated will amount to a $2.3 billion legal marijuana market.

“Coloradans have made one thing clear and consistent, arrests for marijuana possession are a wasteful use of police officers’ time and scarce public resources,” wrote John Krieger, Communications and Outreach Director for the ACLU of Colorado.

For Black men that is possibly good news.

The Federal Bureau of Investigations reported that for Black men annually across the country, “The highest number of arrests was for drug abuse violations (estimated at 1,531,251 arrests) and 43 percent of drug possession arrests were for marijuana.”

According to the American Civil Liberties Union (ACLU), “Nationwide, the arrest data revealed one consistent trend: significant racial bias. Despite roughly equal usage rates, Blacks are 3.73 times more likely than Whites to be arrested for marijuana.”

These arrests can then hurt a person’s ability to find work, attend school, and find housing and more.

So in the states that have now approved the legalization of marijuana the statistics amount to hundreds of thousands of Black men, now possibly decriminalized and able to participate in society.

If implemented on a national level, the legalization of marijuana would also amount to an estimated $3.6 billion of policing funds spent on enforcing marijuana possession laws, which could be re-invested into communities.

While marijuana is definitely not only sold by men of color, the question remains if the people currently selling marijuana on the streets, in underground markets, will continue their enterprise if the industry is legalized.

Regardless, the act of legalization although controversial, could possibly have one positive effect, fewer Black men incarcerated for minor offenses.