War on Drugs, Black Community Back Thanks to Trump Administration 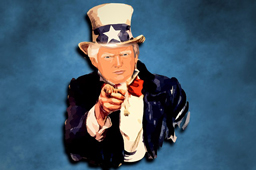 The War on Drugs is Back Thanks to Trump Administration

“You want to know what [the war on drugs] was really about,” said John Ehrlichman, a top aide to President Richard Nixon.  “The Nixon campaign in 1968, and the Nixon White House after that, had two enemies: the antiwar left and Black people.

“You understand what I’m saying.  We knew we couldn’t make it illegal to be either against the war or Black, but by getting the public to associate the hippies with marijuana and Blacks with heroin, and then criminalizing both heavily, we could disrupt those communities.”

Now nearly 50 years later, many in the Black community, as well as Latinos and poor Whites, are afraid that Attorney General Jeff Sessions’ new war on drugs will disrupt minority communities again.

The war on drugs, started by Nixon and reinforced by President Ronald Reagan, is still infamous in the Black community because many believe that it unfairly targeted the community and is responsible for the high incarceration rates of Black men.

To make matters worse, many believe that the prison industrial complex is simply a way to enslave Black Americans legally thanks to the wording of the 13th Amendment to the United States Constitution.

Once imprisoned, many are stripped of their voting rights and can legally be forced to work virtually for free for the government.

The mass incarceration of Black men began during Reconstruction after many Southerners became disenchanted with the idea of free Black Americans.

To many, that historical fact is proof that the war on drugs is simply a war on the Black community and other minority groups.

According to DrugPolicy.org, “The presidency of Ronald Reagan marked the start of a long period of skyrocketing of rates of incarceration, largely thanks to his unprecedented expansion of the drug war.  The number of people behind bars for nonviolent drug law offenses increased from 50,000 in 1980 to over 400,000 by 1997.”

Unfortunately, the war on drugs led leaders like Los Angeles police chief Daryl Gates to say things like, “casual drug users should be taken out and shot.”

Sessions’ memo is a clear reversal of President Barack Obama’s attempt at drug reform and clemency for non-violent drug offenders.

“The policy announced…is not tough on crime,” said former Attorney General Eric Holder.  “It’s dumb on crime.  It’s an ideologically motivated, cookie-cutter approach that has only been proven to generate unfairly long sentences that are often applied indiscriminately and do little to achieve long-term safety.”

As a result, Senator Rand Paul (R-Ky.) is preparing legislation to end mandatory minimum sentences for non-violent drug offenses because he says such laws are ruining lives.

Paul wrote, “The ACLU reports that Blacks are four to five times likelier to be convicted for drug possession, although surveys indicate that Blacks and Whites use drugs at similar rates.

“The majority of illegal drug users and dealers nationwide are White, but three-fourths of all people in prison for drug offenses are African-American or Latino.”

The reason behind the disproportionate number of minorities being arrested for drug offenses compared to their White counterparts is because it is “easier to go into urban areas and make arrests than suburban areas” according to Paul.

Or as Ehrlichman admitted with the war on drugs, “We could arrest [Black] leaders, raid their homes, break up their meetings, and vilify them night after night on the evening news.  Did we know we were lying about the drugs?  Of course we did.”