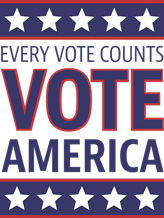 Over one million ex-felons in Florida will now have the right to vote after the state passes Amendment Four on Tuesday.

Restoring Voting Rights in Florida: A Small Ripple with a Huge Impact

The Democratic blue wave did not totally take over Washington, D.C. in the midterm elections like many liberals and progressives had hoped.

But a small ripple in Florida might have the biggest impact on the “Sunshine State” going forward.

The state of Florida voted to restore voting rights for felons, overturning a law that many African-Americans have long believed existed to strip rights away from African-Americans, a group disproportionately imprisoned and often disenfranchised at the voting booth.

“Over 60 percent of Florida voters took a stand for fairness and voting rights, and to remove a stain that has been in our state’s constitution since the Civil War era,” American Civil Liberties Union (ACLU) Executive Director Howard said in an official statement Tuesday night.

As a result, over one million Floridians now have regained the right to vote.

In order to regain the right to vote, felons would have to have completed their full sentences, probation and/or parole and paid any fine that they had.

Many supporters of restoring voting rights to felons around the country have long believed that the 13th Amendment to the United States Constitution came about to re-enslave African-Americans and strip them of their voting rights after the Emancipation Proclamation.

In essence, the 13th Amendment has allowed for slavery to exist, especially aimed at minorities, if the court convicts them of felonies.

Critically acclaimed filmmaker Ava Duvernay made the award-winning Netflix documentary entitled “13th” to discuss the impact of the 13th Amendment on the African-American community.

For many African-Americans and other minority and low-income groups, getting wrongfully convicted because some could not afford adequate legal counsel, has resulted in them becoming modern day slaves belonging to the state.

Simon said, “This victory is the culmination of hard work. For too long, Florida has been an extreme outlier—our state’s lifetime voting ban was the single most powerful voter suppression tactic in the country, shutting more people out of the voting booth and out of our democracy than any other single law or policy in the country.”

The celebration was a long time coming for Floridians for a Fair Democracy, which worked for two years to bring Amendment Four to the ballot.

The group needed 766,200 signatures on a petition to appear on the ballot.

Florida approved the petition in January.

“We are a nation of second chances,” said Desmond Meade, the chairman of Floridians for Fair Democracy.

In 2001, Meade, an Orlando, Fla. resident, got convicted on drug and firearm charges.

However, until Tuesday night Florida was one of 13 states that did not allow for second chances when it comes to convicted felons and voting rights.

Now, 12 states have voting bans on convicted felons, require ex-convicts to wait additional time to restore their voting rights or require a pardon from the governor in order to exercise their right to vote.

In states like Vermont and Maine, felons never lose their right to vote.

Fourteen states and Washington, D.C. strip people of their vote while incarcerated.

Twenty-two states strip voting rights until a felon’s sentence gets completed, including parole.

A significant impact of the passage of Florida’s Amendment Four is that it could flip the swing state of Florida into a blue (Democrat) state, which could impact President Donald Trump’s reelection bid in 2020.

Vox.com reported, “This [law] particularly affected Black Floridians because Black people are disproportionately represented in the disenfranchised population. Although 9.2 percent of the voting-age population in Florida was disenfranchised by the state law and now won’t be under Amendment Four, 17.9 percent of the Black voting-age population was, based on the Sentencing Project’s 2016 estimates…

“Amendment Four gives voting rights back to people with felony records who have completed their sentences, although it excludes anyone convicted of murder or felony sex offenses. That amounts to around 1.4 million people in Florida. But not everyone whose right to vote is restored ends up registering or ultimately voting; in fact, most don’t appear to vote in the end.”

As a result, Florida might not turn blue, but stay red or purple instead going into the 2020 presidential election.

Despite what many see as a good thing for Florida, many believe that Republican lawmakers will drag their feet in implementing Amendment Four, which would have an obvious impact on future elections.

Governor-elect Ron DeSantis did not support Amendment Four even though 64 percent of Floridians did support the state’s constitutional amendment.

However, DeSantis’ Democratic challenger, Mayor Andrew Gillum of Tallahassee, Fla. has asked for a recount after his apparent defeat because a razor thin margin separates the two candidates vying for governor of Florida.

On that day, convicted felons who have completed their sentence can go into county elections office and register to vote.

“I’m going to vote until the day I kick the bucket over,” said Marquis McKenzie, 28 of Orlando, Fla., who runs a janitorial business.

Simon of the ACLU said that ex-felons do not have to have proof that they have completed their sentencing when they go in to register to vote.

“People should just go register and vote,” said Simon. “This is not ambiguous.”

Simon also said that the ACLU would oppose anyone who tries to block ex-felons from registering to vote because they had not paid fees to county clerks.

“The real question is implementation,” said Darryl Paulson, professor emeritus of government at University of South Florida-Petersburg. “You don’t want to come up to 2020 and find that only a few thousand people have been able to register.”