Beto O’Rourke for President? Many Progressives Hope So 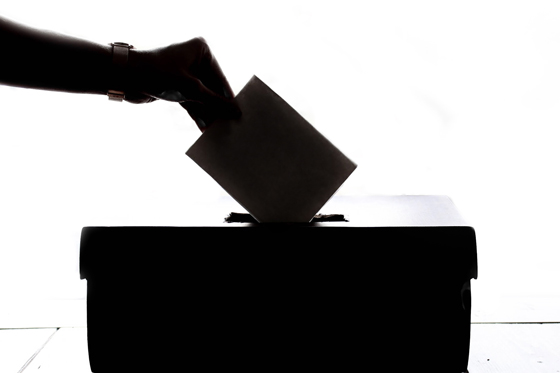 Many political pundits believe Rep. Beto O’Rourke (D-Texas) would be a great candidate to take on President Donald Trump in 2020.

United States Rep. Beto O’Rourke (D-Texas) galvanized the nation with his message of hope and unity while battling incumbent Senator Ted Cruz for a seat as senator from Texas.

Although O’Rourke came up short in his bid for the U.S. Senate, his popularity around the country makes him a logical choice against President Donald Trump’s reelection bid in 2020.

“The calls for Beto to run for president are loud (and) they’re everywhere,” said Christian Archer, a Democratic political strategist from San Antonio. “He’s just right there, and I don’t know how he could say no. He just can’t deny the sense of hope and optimism that he brings out in the country right now, that the country is starved for, just starved for.”

Many believe that since O’Rourke lost to Cruz by only 2.6 percentage in a very red state, his progressive message would translate that much better nationally where the race for president often boils down to a few purple or swing states.

“The resonance of his message is that he provides an alternative to Trumpism without ever talking about Trump,” said Neera Tanden, president of the Center for American Progress. “Everything he did, everything he talked about, the way he ran his race, the places he went, were all about uniting the country and healing division without ever talking about Donald J. Trump. I think that’s ingenious, and then could ask, why not apply that message to a campaign against Donald Trump in places that are easier than Texas?”

His appeal nationally is evident from the amount of donors outside of Texas who gave money to his campaign to celebrities like NBA star LeBron James showing support for him in the 2018 midterm elections.

O’Rourke raised over $70 million, the most ever raised for a United States Senate race.

“My sister lives in Glen Ellyn, Illinois,” Archer added. “She called me about a week before the election and she said, ‘I walked my daughter to school this morning and on the way home, I saw seven different people wearing Beto O’Rourke t-shirts.”

Glen Ellyn, Illinois is a town outside of Chicago.

While O’Rourke’s term in the U.S. House of Representatives ends in January, he has made no plans about his future, with no jobs lined up in the near future.

O’Rourke has said that he is not interested in running for the U.S. Senate again versus Senator John Cornyn (R-Texas).

The day before the midterm election, O’Rourke told MSNBC that he did not plan to run for president in 2020, even if he lost in his bid for senator.

However, many politicians attribute that to him not wanting to discount his current position and his plan at that time to become senator.

O’Rourke openly criticized Cruz for spending too much time in the past on the campaign trail in states like Iowa and not enough time voting in Washington, D.C when he ran for president in 2016.

While O’Rourke is the flavor of the month or the past several months to be exact for some progressives, Trump will have four years of experience and some successes to tout in 2020, mainly the robust American economy.

In a Gallup poll released Monday, 53 percent of Americans approve of Trump’s handling of the economy.

The most recent Gallup poll shows that Trump’s economic approval rating has risen by three percentage points since August.

His approval rating on the economy is seven points higher on average than all of his predecessors dating back to former President Ronald Reagan.

However, many experts and political pundits credit many of the policies implemented by former President Barack Obama for helping the economy reach a healthy level.

Under Trump’s administration, unemployment is at a low not seen since the late 1970s.

Unemployment in the African-American community is at its lowest since 1972.

However, Trump’s approval rating for such issues as immigration, healthcare and foreign affairs is less than 50 percent.

Gallup questioned 1,037 respondents from Nov.1-11, before and after the midterm elections.

The margin for error for the poll is plus or minus four percentage points.

Trump’s lower approval ratings on issues like immigration and healthcare might be a way in for O’Rourke if he chooses to challenge the incumbent president in 2020.

O’Rourke believes healthcare is a basic human right and not a privilege for those financially successful enough to afford it.

During his 2018 senate campaign, the progressive Democrat stated that he wanted to improve Obamacare by stabilizing insurance markets by guaranteeing continued payments for Affordable Care Act subsidies that reduce enrollee’s cost-sharing and reimbursing insurers for high-cost individuals.

He wanted to provide incentives for insurers participating in the exchanges, especially those in underserved counties.

And among other things, O’Rourke wanted to lower premiums and prescription drug costs by using the American government’s purchasing power to make health insurance more affordable for all citizens.

On immigration, President Trump wants to build a wall along the American/Mexican border to stop the flow of illegal drugs from entering the country.

The wall would also allegedly stop the flow of illegal immigration, which the president believes leads to an increase in crime in the United States.

However, O’Rourke wants to end the militarization of America’s immigration enforcement system and close private immigration prisons that make a profit by locking up families.

The Democrat from El Paso, Texas wants to pass the DREAM Act to ensure that immigrants brought to the United States illegally as children can find a permanent home and citizenship in America.

O’Rourke believes those seeking asylum from other countries should have a fair hearing and receive due process when trying to enter America.

He wants to update the Visa system so that American employers can find qualified workers from outside the country when American workers cannot fill their vacant job openings.

The Texas congressman also wants to reform immigration laws so that those already in America can have a pathway to U.S. citizenship.