Obama vs. Romney on Immigration Issues 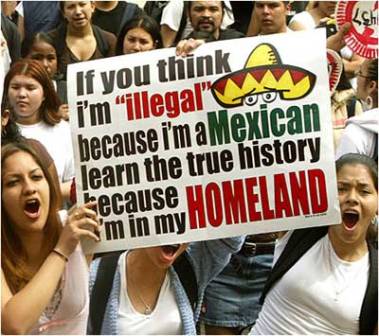 The Latino vote could sway the presidential election and the candidates’ stance on immigration may be pivotal to secure that vote (Photo courtesy of Philebrity.com).

In addition to the focus on jobs and the deficit, immigration issues also rank high on the minds of American voters.

The presidential candidates have largely been on opposite sides regarding immigration issues.

Although Governor Mitt Romney was initially firm in his resolve to remove all who were in the United States illegally, his platform has wavered possibly in light of his declining Hispanic support base.

Romney’s plan, which is still in development, would create a more functional plan for bringing in temporary agricultural workers and seasonal workers.  He would accomplish this by reducing requirements and speeding up the visa process.  His plan would include granting permanent residency to foreign students who obtain advanced degrees in math, science and engineering at an American college or university.

Romney’s focus on addressing immigration issues includes providing states more rights to address processing and for Border States to have more responsibility regarding blocking illegal immigrants from coming into the United States.

He favors building fencing across the border and increasing border patrols, but has not outlined specifically how these actions would be funded.

In his view, a strong stance against illegal immigration and reducing regulations to legalize immigration will fix the longstanding immigration issues.

Initially, Romney was against the DREAM Act and any support for children who were brought to the United States illegally, but he feels that these young illegal immigrants should serve in the military and then could become legal citizens.

As the incumbent with a vision that defines the important role that immigrants have had in the growth of America, President Barack Obama has implemented a number of initiatives to address immigration issues.

The administration has tightened law enforcement to address the movement of illegal immigrants into the country and for those who overstay their visas.

Individuals posing a threat to public safety or national defense have been deported.

With a multi-platform agenda, the president has included not only efforts to strengthen border patrols and security concerns along the border states, but is working with the countries from which many of the illegal immigrants are escaping or illegal activity is taking place.

Obama views the importance of diplomacy coupled with strength are keys to long-term solutions regarding immigration issues.

The rationale behind his DREAM Act was to assist the young illegal immigrants who have bright futures within the country and believes the pursuit of their education and investment in the nation’s security benefits everyone.

Regarding accountability and regulations, Obama’s platform holds employers accountable for hiring undocumented workers and has streamlined agency practices that have delayed illegal immigrants from seeking legal channels to citizenship.

His view that government, particularly at the federal law, should still be paramount in this process is reflected in the Constitution and the requirement of the government to protect its borders, but also to protect basic rights.

Both candidates agree that addressing immigration issues are important to national security and the economy, but differ on how to fix the myriad of problems.

Should state’s rights supersede a broader national agenda and can private industry monitor its own hiring practices or should the national government continue to build relationships with countries whose citizens are leaving and support a national model to defend the borders and regulate visas and hiring practices?

This again is just a snapshot to provide food for thought.