Obama vs. Romney on Healthcare Issues 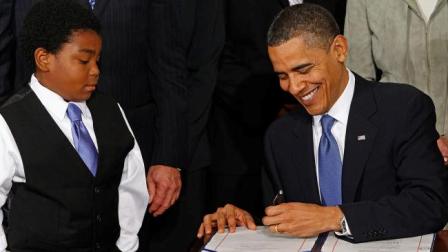 A major deciding factor in this presidential election lies in the future of America’s healthcare system.

This nation’s healthcare issues have been ringing in the ears of its leaders for years and without real reform, more people will be uninsured or victim to poor health practices and early deaths.

The battle lines are clearly drawn regarding Medicare and how this burdensome but necessary healthcare resource will continue to cover the rising costs of those who are currently on it and ensure an infrastructure for the future generations who will need it.

The Affordable Healthcare Act, which is more commonly but incorrectly known as “Obamacare,” became a landmark, if not controversial, legislation that was designed to correct many of the flaws within the current healthcare arena and to remove many of the obstacles that affected people trying to get affordable healthcare and to maintain payments.

One of the major healthcare issues that the Affordable Healthcare Act addresses is insurance companies no longer being able to deny customers due to preexisting conditions.

The Act provides a one-stop marketplace for customers to be able to comparison-shop for insurance plans and a government run “public” health insurance component that allows for low cost, affordable healthcare that also allows workers to keep their employer provided health insurance if they lose their job.

This format also allows for protections to families in situations of catastrophic care when medical expenses are extreme.

Proactive efforts to address the healthcare issues inherent in the diabetes and obesity epidemic involve the first family including First Lady Michelle Obama who has been actively promoting exercise and healthy eating.

Finally, addressing the high level of fraud has been in the forefront of President Barack Obama’s agenda to address healthcare issues and agency audits along with budget reviews have generated additional dollars that are being put to good use for prevention and education.

On the other hand, Governor Mitt Romney favors a state-based focus on healthcare issues with the states developing their own models and “learning from each other” as to the best format for their citizens.

Most recently, Romney has stated that he does not plan to change Medicare as it exists for those currently on it, but for those in the future, there will be an option via a voucher system to choose which format they prefer.

He has stated that the funds purportedly being used for the Affordable Healthcare Act would be reinvested into this voucher system.  He has made it clear that one of his first actions, if elected, would be to put a process in place to repeal “Obamacare” and, at that time, introduce his own plan.

While he has stated he will not raise taxes, he envisions generating funds for his plans through lower deductions and exemptions. The largest exemption would be the property tax exemption that is the major incentive for middle-class home ownership.

Romney views the free enterprise market for insurance companies as the best model to insure Americans and vows to limit federal regulations and standards.

In his plan, he is offering block grant Medicaid and other resources to states and capping non-economic damages in medical malpractice lawsuits.

While Romney has been touting that his plan is not taking money away from Medicare, in reality, his plan, particularly parceling the funding to the states, is reducing the funding that Medicare patients traditionally would receive.

Unfortunately, the healthcare issues that Americans face are not ones that happened overnight and the need to rein in costs and increase preventative health measures must work hand in hand.

Americans have the most expensive healthcare system; however, it is neither the most effective in terms of wellness standards nor cost effective.

His plan extends coverage for children and safeguards against runaway rates. He views oversight on the federal level as important to maintain a national model that benefits all.

From Romney’s viewpoint, states are closer to the needs of their citizens and should be able to craft their own models or learn from each other.

He believes that competition will not drive up prices, but encourage monitoring within the industry and that federal regulations should be limited.

Nevertheless, one thing is for sure.  Healthcare in America—it is a serious issue.

Mereday is a contributing writer for Regal Magazine, a publication dedicated to the African American community