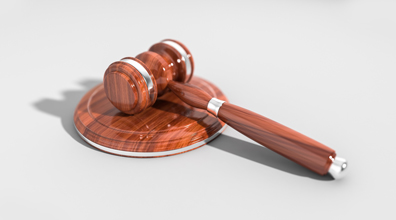 
Not Meant to Be

With all of the controversy surrounding the confirmation hearing of potential Supreme Court Justice Brett Kavanaugh, Americans have dealt with the fact that choosing the right justice can alter the course of history.

However, history sometimes endures alterations even if history is never made.

Former Supreme Court Justice Thurgood Marshall will always find himself in the history books of this nation because he became the first African-American to sit on the high court and his record of winning high-profile civil rights cases as a lawyer for the NAACP.

But Judge William Hastie never made the history books in the way that former Attorney General Robert F. Kennedy (RFK) envisioned in the early 1960s.

“It would mean so much overseas and abroad that we had a Negro on the Supreme Court,” RFK said. “It could do all kinds of good for the country, as well as the fact that he was qualified.”

However, the turbulent racial climate of the early 1960s would not allow for an African-American judge to receive such a high appointment considering the fact that many African-Americans, especially in the South, did not even enjoy the fundamental right to vote as a result of literacy tests, poll taxes, grandfather clauses and other discriminatory practices used to disenfranchise the entire African-American community.

Justice Warren said, “(Hastie) was not a liberal [and] a lot of people in the White House were opposed to having a Negro.”

But the Kennedy administration also wanted to achieve equal rights for African-Americans without alienating Southern White voters, a constituency also needed to win re-election in 1964.

RFK thought that if his brother appointed African-American judges to the federal courts, old discriminatory practices used to keep African-Americans from casting their vote would eventually became a thing of the past.

The civil rights group Southern Regional Council once stated, “A Negro involved in a federal court action in the South could go from the beginning of the case to the end without seeing any Black faces unless they were in the court audience, or he happens to notice the man sweeping the floor.”

Ultimately, the Kennedy administration did not get its wish of having an African-American join the Supreme Court.

Kennedy appointed 10 African-American judges in the North, but none in the Deep South.

Additionally, RFK increased the number of African-Americans in his own Justice Department from six to 60.

Although Hastie did not get the ultimate promotion for a judge from the Kennedys, his judicial career began under the administration of President Harry Truman whom Hastie believed did not care about politics because he wanted to do the right thing by all Americans, including African-Americans.

Hastie said, “Well, there’s no question in my mind that this was a deep personal commitment as distinguished from a political maneuver. This is just not an impression from talking with him. It’s perfectly clear, I think, that many of his advisers counseled him against his position on the grounds that it would (be) politically catastrophic, that it would alienate the southern leadership and a lot of the southern electorate, and might well cost him re-election.”

In 1949, President Truman appointed Hastie to the Federal Court of Appeals.

Hastie would serve in that position for the next 21 years.

As to be expected, Hastie’s appointment from Truman received criticism from senators opposed to him sitting on the federal bench.

However, some saw Truman’s move as logical because of Hastie’s impressive resume.

Hastie had already served as governor of the U.S. Virgin Islands, a United States territory.

And throughout his career, his reputation on the bench led to his name being seriously considered when presidents, like Kennedy, nominated someone for the lifetime position of Supreme Court justice.

Born in Knoxville, Tenn. in 1904, Hastie’s sharp criticism of all forms of racism and racial discrimination is why people like RFK thought that allowing integration and equal rights to come via the justice system could save his brother from animosity from segregationists in the Deep South.

Despite his intelligence and high academic records, Hastie’s future still remained uncertain after college graduation because of the hostile racial climate of the day.

Because of the times, Hastie could not help but stand out in a crowd.

To put that in proper context, in 1936 one White lawyer existed for every 700 White citizens.

For many African-Americans during that time, becoming a lawyer might have seemed foreign.

But for Hastie it became an afterthought because his cousin Charles H. Houston served as the dean of the Howard University School of Law.

Hastie then went on to Harvard Law School, serving as editor of the Law Review.

Upon passing his bar exam in 1930, Hastie moved to Houston to practice law for three years.

Three years later, Hastie became the assistant solicitor for the U.S. Department where his job consisted of handling racial issues from 1933-1937.

He then spent 1939-1940 as the dean of the Howard University School of Law, following in his cousin’s footsteps.

In 1946, the U.S. Virgin Islands elected Hastie as its first African-American governor, serving until 1949.

Hastie became the first African-American U.S. Circuit Court of Appeals judge in 1949, working in that capacity until 1971.

He married Beryl Lockhart in 1943.

The couple had two children, William Jr. and Karen, both lawyers.